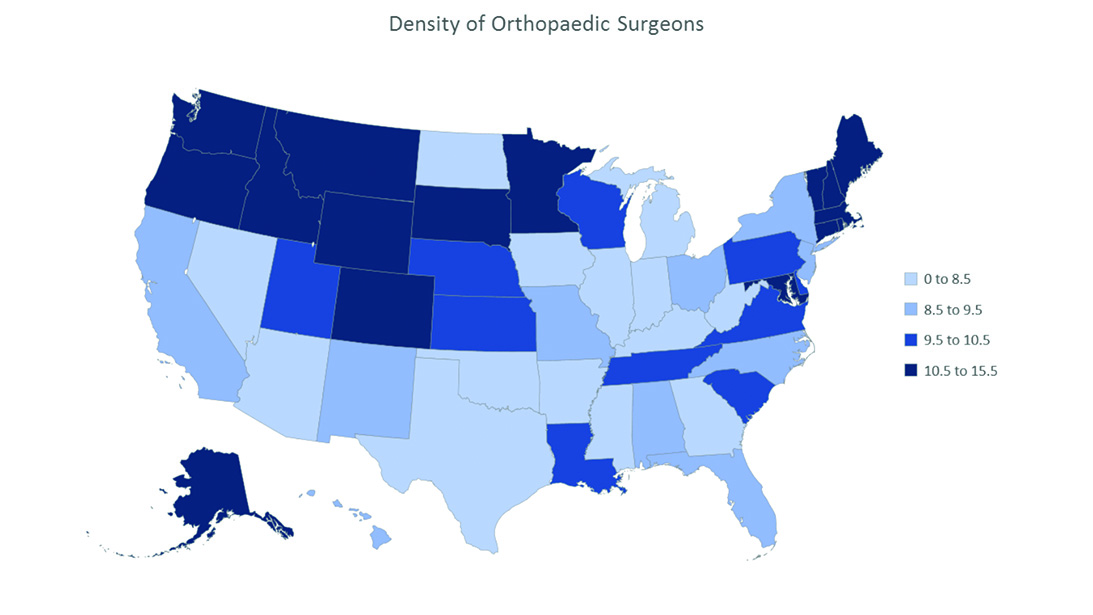 Academy uses data to ensure it reflects and supports its membership

Editor’s note: This article is the first of a four-part series that examines trends in orthopaedic practice in the United States. The first three articles of the series focus on results from the 2018 AAOS Census Survey, and the final article includes data collected by the 2017 American Association of Orthopaedic Executives Benchmarking Survey of Orthopaedic Practices. The second part, which will address trends in the data reported, will be featured in the September issue of AAOS Now.

The AAOS research, quality, and scientific affairs department gathers demographic and practice data on orthopaedic surgeons through the Orthopaedic Practice in the United States (OPUS) Survey, also known as the Census Survey. The most recent data from the biennial report come from the 2018 Census Survey, the 17th in the series, which had a response rate of 23.3 percent based on the most recent orthopaedic physician census of 30,141 members.

The information collected in the surveys helps ensure that AAOS members are accurately represented, that Academy programs and products evolve to reflect changes in membership, and that AAOS continues to address the professional needs and interests of its members.

The surgeon density map (Fig. 1) illustrates the density of orthopaedists by state.

The average age of an orthopaedic surgeon is 56.5 years. Most (92.2 percent) of the orthopaedic workforce is male, and 5.8 percent is female (2.0 percent did not indicate their sex) (Fig. 2). Fig. 3 illustrates average ages by state. Fig. 4 shows the racial/ethnic breakdown among orthopaedic surgeons. The majority of the orthopaedic workforce is white. Asian Americans comprise the largest minority group, followed by Hispanic/Latino, then other, black, and Native American.

More than half (60 percent) of the orthopaedists who responded to the survey identify as specialists (Fig. 6), whereas 25 percent are generalists with a specialty interest. The remaining 15 percent identify as generalists.

The full 2018 OPUS report is available to AAOS members at www.aaos.org/aaoscensus. AAOS members must log in to read the report. It is also available for purchase by non-AAOS members.