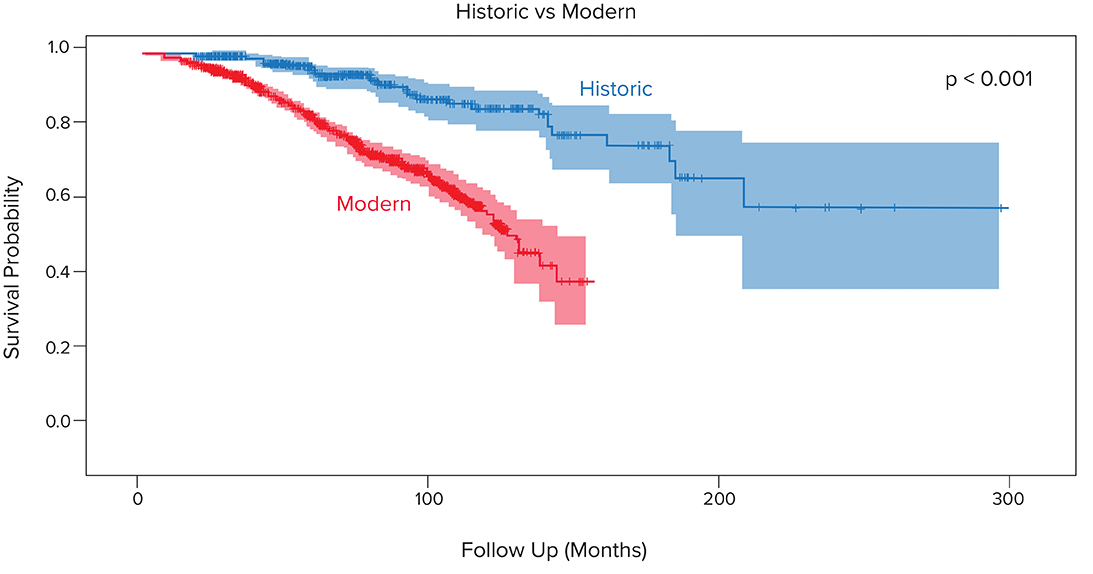 Revision total knee arthroplasty (TKA) is becoming increasingly more common, but data regarding failed procedures are not as robust as those pertaining to primary TKA failures. In a new study, researchers explored the most common reasons for revision TKA failures and concluded that the most likely culprit is infection. Michael B. Geary, MD, a resident in the Department of Orthopaedic Surgery at Carolinas Medical Center at the Atrium Musculoskeletal Institute in Charlotte, N.C., presented the findings as part of the Annual Meeting Virtual Experience. The work was a collaboration between the Atrium Health Musculoskeletal Institute, OrthoCarolina, and the OrthoCarolina Research Institute.

The increase in revision TKA procedures prompted the researchers to undertake the study. Dr. Geary told AAOS Now: “While there is excellent literature describing the failure mechanisms for primary TKA, there are fewer studies that have specifically evaluated large cohorts of revision TKAs to understand why these procedures fail and require a second revision procedure. We were interested in reviewing our institutional database with [more than] 30 years of revision TKAs to identify the reasons for failure and to compare modern revisions (2006–2015) to historic revisions (1986–2005) to understand if the reasons for failure have changed in the past decade.” 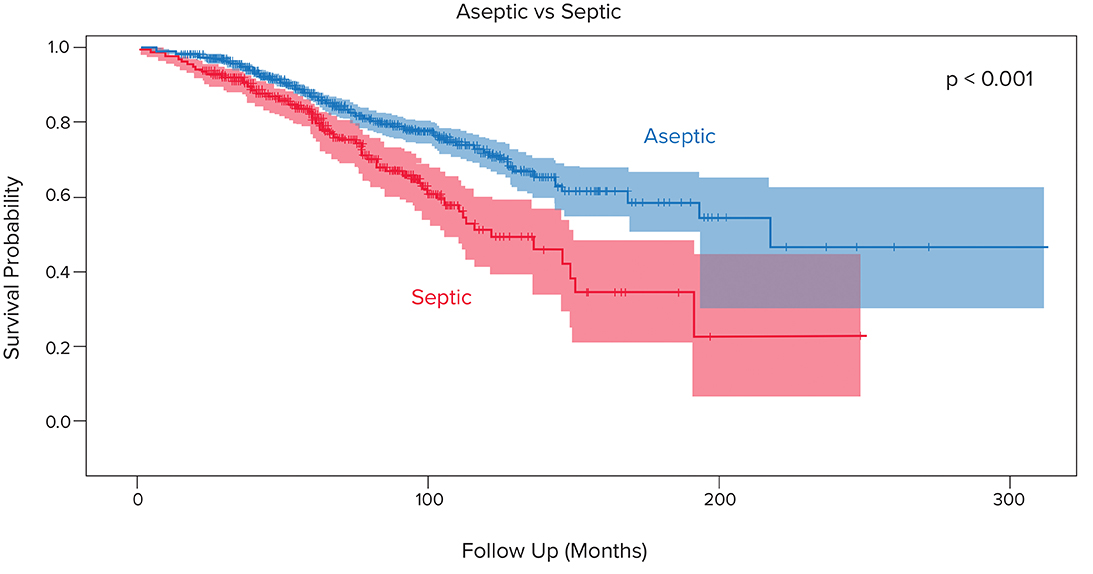 All revision TKAs performed at the authors’ institutions during the study period that had at least two years of follow-up were reviewed so the researchers could compare rates of failure. Failure was defined as a second revision surgery in which any component was exchanged.

Final analysis included 1,632 revision TKAs performed in 1,560 patients (average age, 65.1 years) who were followed for an average of 5.9 years. Overall, 22.8 percent of TKAs failed, with no significant difference in the failure rates between the historic and modern cohorts (25.1 percent versus 22.0 percent; P = 0.19).

Among the entire cohort, infection was responsible for 38.5 percent of failures. Other common failure reasons included aseptic loosening (20.9 percent) and instability (14.2 percent). Failure rate among revision TKAs done for infection was 33.0 percent, with 67.2 percent of those failures due to repeat infection. Although overall failure rates did not largely differ, average time to failure was much longer in the historic cohort compared to the modern cohort (56.8 months versus 16.8 months; P < 0.0001). Survival analysis found overall five- and 10-year survival rates of 86 percent and 68 percent, respectively, with worse survival in the modern cohort compared to the historic cohort (P < 0.001) (Fig. 1). Similarly, there was a worse survival rate in septic revision TKAs compared to aseptic revision TKAs (P < 0.001) (Fig. 2).

The study’s key clinical takeaway is that infection is still a significant problem in revision TKAs, Dr. Geary said. The results also point to other areas surgeons should be aware of, such as implant fixation and instability.

One limitation of the study is that the endpoint for failure was component exchange, leaving out clinical failures that did not undergo a second revision. Therefore, the true number of failed revision TKAs may have actually been higher.