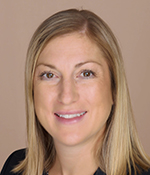 A study presented by Jennifer R. Sharp, DO, as part of the Annual Meeting Virtual Experience, involving the use of tranexamic acid (TXA) in patients with extracapsular hip fractures found that administration of TXA upon admission led to a statistically significant reduction in the need for blood transfusion.

The TXA group had significantly lower estimated total blood loss compared to the placebo group (P = 0.014). The researchers found no statistically significant differences between the treatment groups for any other secondary outcome measures.

Other than mortality (two deaths [5.0 percent] in the TXA group; four deaths [8.2 percent] in the placebo group), no major complications occurred (cerebral vascular accident, myocardial infarction, pulmonary embolism, deep vein thrombosis, or surgical site infection) within 30 days after discharge in the TXA group; the deaths in both groups were determined to be due to age-related complications. 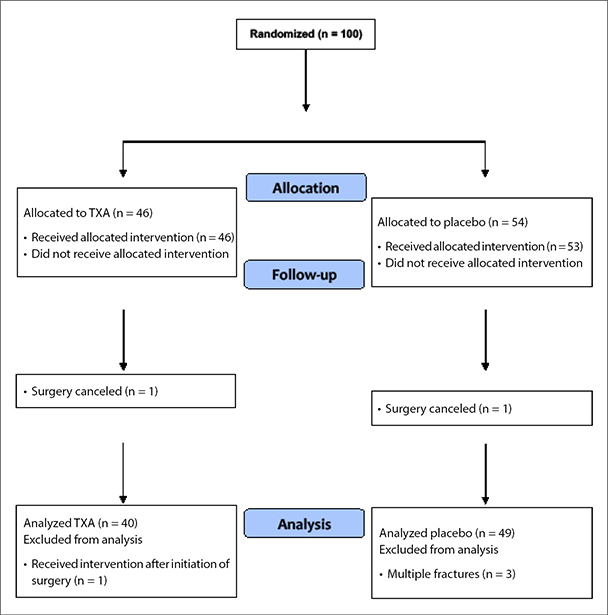 One patient in the TXA group was lost to follow-up. Two patients in the placebo group suffered myocardial infarction during the 30-day follow-up.

Compared to saline placebo, the relative risk of blood transfusion with TXA was reduced by 52 percent in the overall study population and was reduced by 59 percent in patients who received TXA at least three hours prior to surgery. “These findings support our hypothesis that administering TXA on hospital arrival for extracapsular hip fractures may reduce total blood loss and transfusion rates,” the authors wrote. “We anticipate that reducing blood transfusion rates will help avoid associated complications that contribute to the overall burden of hip fractures.”

Dr. Sharp, chief resident at Good Samaritan Regional Medical Center in Corvallis, Ore., noted that she and her colleagues, led by first author Stefan Yakel, DO, undertook the investigation after observing that “TXA was being commonly used by our total joint surgeons, and they were seeing great results with decreased intraoperative blood loss. This prompted our trauma team to question if there was a role for TXA at admission of these extracapsular hip fractures to reduce preoperative blood loss.”

One of the biggest surprises from the study, Dr. Sharp said, was the variability in the time that the study drug was given versus the time that the orders were actually placed: “It was interesting to see there were delays in drug administration, which can be attributed to a whole host of factors. We believe delays were likely related to this being a new protocol using an already established drug.”

Earlier studies have shown the efficacy of TXA in decreasing blood transfusion rates in intertrochanteric hip fracture patients, but in those studies, TXA was administered just prior to surgery. It has been shown that a large proportion of total blood loss occurs from the initial injury during the preoperative period. This study, Dr. Sharp explained, focused on reducing perioperative blood loss with TXA administration as soon as possible after hospital admission. “We believe that giving TXA at admission, rather than at the time of surgery, helps reduce blood loss and the need for blood transfusions,” she said.

The study had several limitations, Dr. Sharp said. There were variable and sometimes large lengths of time from hospital arrival to drug administration and from drug administration to surgery, which could be due to delays in obtaining consent, placing medication orders, or administering the drug. (However, the timing of drug administration was not significantly different between treatment groups.) Additionally, potential confounding factors may impact blood loss in hip fracture patients, such as length of surgery or type of nail used (long versus short). “Although we did not measure these variables in the present study, our randomization process should effectively reduce any potential for confounding factors,” Dr. Sharp said. “Our power analysis estimated a required sample size of at least 99 subjects for our primary outcome of interest. Participant dropout and exclusions reduced our final sample size to 89. Future studies with larger sample sizes are needed to ensure adequate statistical power to detect meaningful differences between groups.”