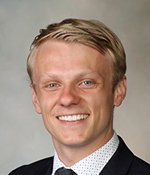 The study, which was presented by Jack M. Haglin, BS, of NYU Langone, as part of the Annual Meeting Virtual Experience, found that during that period, the average total cost submitted by hospitals per admission increased for all admission types, averaging more than a $10,000 increase per admission in submitted cost across all complexities of hip fracture patients. Furthermore, for all included admissions, Medicare reimbursed a decreasing percentage of the hospital’s total submitted costs throughout the study period across all admission types.

The study was named Best Poster in the Trauma category.

The data extracted included cost submitted by the hospital, amount paid by Medicare, and total payment to the hospital for each admission billed to Medicare from 2011 to 2016. All data were adjusted for inflation to 2016 U.S. dollars and compared across admission types. The mean percentage of the submitted cost covered by Medicare and the total percentage change for each variable throughout the study period were calculated.

The analysis included pricing data from a total of 116,115 admissions in 2011 and 113,509 admissions in 2016. The mean adjusted Medicare payment for diagnosis-related group (DRG) 480 decreased by $2024.56 (P < 0.001) per admission and remained stable for DRGs 481 and 482 throughout the study. For all included admissions, the mean cost submitted by the hospital increased by 19.0 percent (P < 0.001). Meanwhile, the mean percentage of the total submitted cost of admission covered by Medicare across all DRGs decreased by 4.8 percent throughout the study period. See Table 1 for all outcomes.

“It was surprising and unexpected that reimbursement has remained stable for the least complex patients (those without major medical comorbidities), yet it decreased by nearly 10 percent for the most complex and sickest patients—those with major medical comorbidities,” Mr. Haglin told AAOS Now. “Furthermore, the rate of increased submitted costs by hospitals is surprising and potentially alarming when compared to stable or decreasing reimbursement by Medicare depending on the admission type.”

Mr. Haglin noted, “There is vast discussion and uncertainty regarding current payment models within health care, particularly in orthopaedic surgery, where the Centers for Medicare & Medicaid Services (CMS) implemented their largest-scale bundling program to date, the Comprehensive Care for Joint Replacement initiative for total knee and hip arthroplasty.”

With evaluation of a potential bundling program for hip fractures within Medicare ongoing, Mr. Haglin said he and his colleagues “recognized a need to analyze economic trends of Medicare payment for such injuries prior to the bundle’s implementation and to analyze how the different complexities and comorbidities of patients were affecting reimbursement.”

Given the results of the study, he said, “further analyzing admission trends for differing complexities of hip fracture patients will be important to assess whether these economic findings are driving decreased access to care for comorbid hip fracture patients or if there is any ‘cherry-picking’ or ‘lemon-dropping’ occurring—the practice of choosing the most simplistic and least comorbid patients and turning away the most complex. It also will be important to analyze such trends across a longer study period as more data become available and study the correlation to clinical outcomes and how we can predict costs based on comorbidities to properly risk-adjust payment for covering these patients in the future.”

Mr. Haglin said limitations of the study include the relatively short time period, from 2011 to 2016. “The CMS database has yet to release more years of data, but using this data allowed us to study the most Medicare hip fracture admissions per year compared to other databases, despite the relatively shorter total time period,” he said. “Furthermore, the data do not include clinical outcomes, and therefore it was not possible to analyze outcomes alongside cost. Finally, like any administrative database, the publicly available Medicare data are reliant on proper coding and recording, and errors could have occurred, but we believe this to be minimal.”