A study found that patients undergoing reverse total shoulder arthroplasty (RTSA) experience the most significant pain reduction and functional gains within the first six months after surgery, followed by a plateau by 12 months after surgery. J. Michael Wiater, MD, chief of shoulder surgery in the Department of Orthopedic Surgery at Beaumont Health in Royal Oak, Mich., presented the study’s findings as part of the Annual Meeting Virtual Experience.

“Many patients are interested in how long it will take for them to recover or when they will experience maximum improvements,” Dr. Wiater told AAOS Now. “This study was undertaken to help answer these questions and allow us to better educate our patients so they can make a more informed decision with regard to undergoing RTSA.” 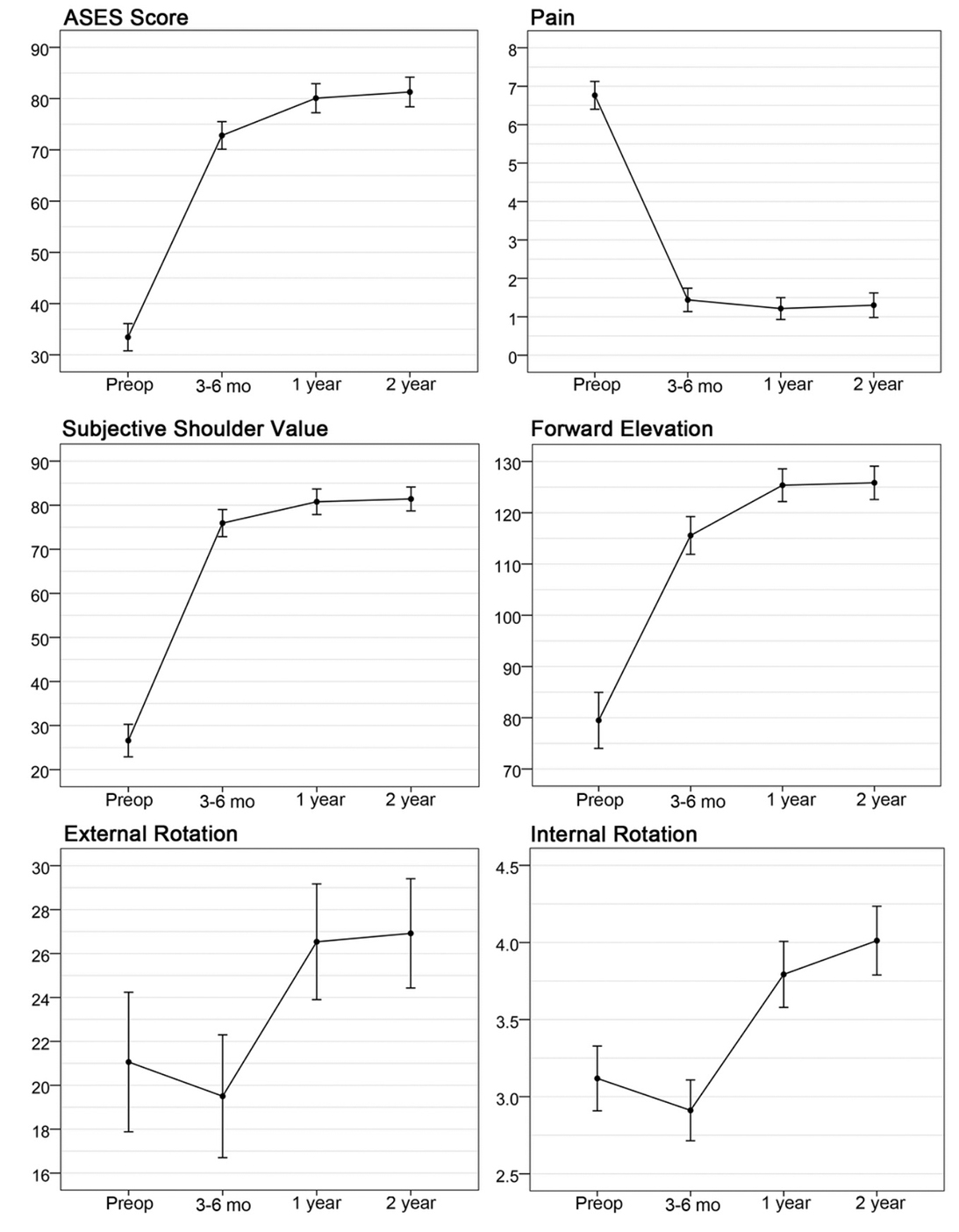 The exceptions to the findings were internal and external rotation outcomes: They did not significantly improve at the three- to six-month marks but did significantly increase at one year (P < 0.001), with no additional gains at two years. See Fig. 1 for all outcomes.

“We were surprised by how long the internal and external rotation measures took to improve,” Dr. Wiater told AAOS Now. “Patients should be counseled that internal and external rotation improve slower than forward elevation and may take up to a year before significant differences are noticed. Future research could investigate why there is such a delay in rotational improvements and ways to consistently maximize rotational gains.”

The study is limited by its retrospective design and heterogeneity of patient indications for undergoing RTSA.