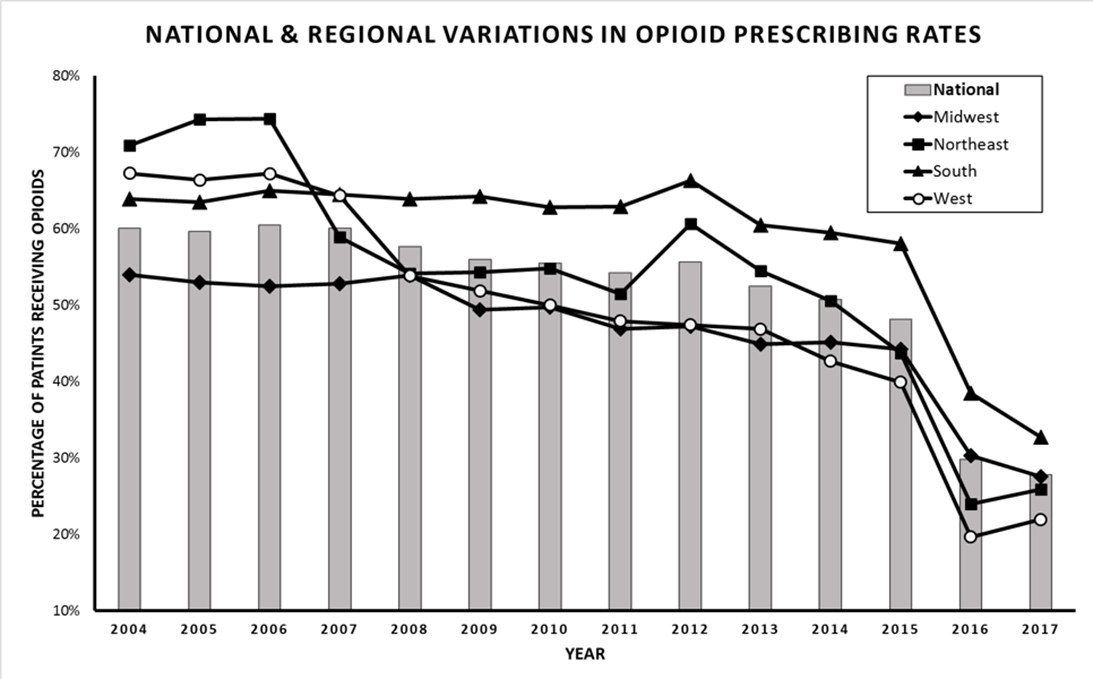 Fig. 1 National and regional variances in opioid prescribing rates over the past 14 years
Courtesy of The Children’s Hospital of Philadelphia Orthopaedic Research Team

A study observed a significant overall decline in opioid prescription rates during the past 14 years among children and adolescents with minor fractures and dislocations. However, the study demonstrated that there are significant regional and demographic differences in prescribing. Divya Talwar, PhD, MPH, of the Children’s Hospital of Philadelphia, presented the data as part of the Annual Meeting Virtual Experience, on behalf of the principal investigator of the study, Jack M. Flynn, MD, and other coauthors.

“Our findings may indicate that efforts to combat early exposure to opioids have had success in changing the prescribing habits of providers in acute care settings,” Dr. Talwar told AAOS Now.

Researchers retrospectively reviewed the national Pediatric Health Information System database, which includes 42 pediatric hospitals, to identify emergency department (ED) and clinic visits for each of the 10 most frequently encountered pediatric fractures and dislocations from 2004 to 2017. The study only included patients with minor injuries who were nonsurgically managed and discharged home on the same day. Patients were classified based on U.S. region: northeast, Midwest, south, and west.

The final cohort included 120,002 patients (mean age, 12 years; range, 10–18 years; 70.5 percent were male). “Opioid prescriptions in such a young population are quite critical to be assessed because being younger at the time of first exposure to opioids is a risk factor associated with an increased risk of ultimate opioid abuse,” said Dr. Talwar of the study’s population.

Fig. 1 National and regional variances in opioid prescribing rates over the past 14 years
Courtesy of The Children’s Hospital of Philadelphia Orthopaedic Research Team

Overall, 54.3 percent of patients received at least one dose of opioids during their ED or clinic visits. Of those receiving opioids, 73.2 percent were male, and 52.0 percent had nongovernment insurance (P < 0.001 for both).

The study is limited by its use of a database, which may introduce coding errors or incomplete data.

Drs. Talwar and Flynn’s coauthors of Poster 718, “Getting the Message: The Declining Trend in Opioid Prescribing for Minor Orthopaedic Injuries in Children and Adolescents over the Past 14 Years,” are Jigar S. Gandhi and Arielle Rose Krakow.