Many NFL Rookies Incur Achilles Tears, But Only in Preseason

A retrospective study that was presented as part of the Annual Meeting Virtual Experience assessed Achilles tendon (AT) tears in National Football League (NFL) players and found that a relatively large percentage of injuries occurred in rookie players during the preseason, whereas AT tears during the regular season occurred only in veteran players.

The study group included NFL players with diagnosed AT tears between 2009 and 2016, said Lauren V. Ready, MPH, a medical student at Brown University. Data on NFL injuries were collected from an established database of publicly available information on each athlete. All documented AT tears in the NFL that took place during the study period were reviewed and analyzed. For players who experienced subsequent AT ruptures, only the primary injury was included in the dataset.

With 32 teams in the NFL and 90 athletes attending each team camp, there are initially 2,880 players. The authors approximated 22 rookies per team during preseason, including both draft picks and signed, undrafted free agents (712 players spread over 32 teams). Additionally, they noted, if the percentage of rookies in the league is calculated, they represent 24.72 percent of all athletes, or one in four players, before the rosters are trimmed to 53 each for the regular season.

The height and weight profiles of players who had tears generally represented the average distribution of the NFL. In the dataset, the average height of those players sustaining tears was 73.9 inches and average weight was 247.3 pounds, similar to NFL averages of 74.0 inches and 246.9 pounds, respectively. 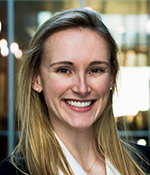 Certain player types had higher rates of AT tear: 61.4 percent (n = 62) occurred in skilled positions, 34.7 percent (n = 5) in unskilled positions, and 4.0 percent (n = 4) in special teams. Athletes who partook in more than one position were categorized based on primary position. Quarterbacks did not experience any AT tears. The positions with the most tears were defensive end and linebacker at 20 (19.80 percent) and 16 (15.84 percent) tears, respectively.

In terms of return to play, drafted athletes returned at a rate of 61.54 percent (n = 40/65). The return rate was lower for undrafted athletes, at 52.78 percent (n = 19/36). Of the rookies with AT ruptures, 42.11 percent returned to play in the NFL, whereas 62.20 percent of veteran players with ruptures came back after injury. The average draft pick of those with a career-ending injury was 106. Those who continued to play after injury averaged a draft pick of 93.

“We were surprised to find that the rookies only tore in the preseason,” Ms. Ready told AAOS Now. “Rookie players coming out of college are used to a shorter season with fewer games—12 games in the college regular season versus 16 in the NFL. With that in mind, you’d expect new players to experience injuries at the end of the NFL season, when they are perhaps more fatigued and worn down. We instead saw that most AT in-season tears occurred at the beginning of the season and, of those in rookies, all occurred in preseason.”

She said the results point to a need for more research in regard to rookie NFL players and injury prevention. “With more than half of rookies not returning to play post-AT rupture, future research should focus on this overlooked population and attempts to safely introduce athletes to a professional level of play,” she said.

Limitations include the sample size and injury type. “AT tears are relatively infrequent injuries, reducing the possibility for significance in some of the analysis,” Ms. Ready said. “There is also the question of whether Achilles rookie data can be extrapolated to other rookie injuries. Lastly, the study was limited by the accessibility of the data. The NFL does not publicly release the number of rookies each year, so this value was calculated and averaged over the study period.”