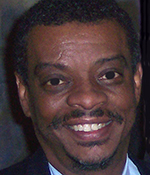 James A. Hill, MD, FAAOS, of Northwestern University Medicine Feinberg School of Medicine, is the recipient of the Academy’s 2020 Diversity Award. Dr. Hill was recognized for his outstanding commitment to making orthopaedics more representative of and accessible to diverse patient populations.

“Dr. Hill has always been a man of honesty, balance, and empathy and gives because he wishes to further growth of diversification. All who have been around him have come away more positive and knowledgeable for it,” said John F. Sarwark, MD, FAAOS, a colleague of Dr. Hill’s at Northwestern.

According to Dr. Sarwark, Dr. Hill is an exceptional role model who has addressed the need for diversification through service on several committees at the Northwestern University Feinberg School of Medicine. They include the Admissions Committee, Minority Affairs Advisory Committee, Minority Affairs Task Force Committee, and Minority and Cultural Affairs Committee. He has also served on the Resident Selection Committee and is past president of the school’s Medical Alumni Association.

Dr. Hill began helping others at an early age. While still in high school, he tutored young children at Chicago’s Dr. Martin Luther King Jr Boys Club, many of whom came from broken homes. “I’ve always wanted to give others the same opportunities that I had growing up. Even though I lived in the inner city, ours was a two-parent home. My father worked two jobs so that my mother could stay home and take care of the children. They both made sacrifices to make sure their kids succeeded,” he said.

Dr. Hill has continued throughout his career to support the disadvantaged. As a resident in the late 1970s, he provided volunteer care to an underserved community in Ethiopia. From 1980 to 1999, he served on the board of directors for Chicago’s Dr. Martin Luther King Jr Boys Club and became an honorable member in 2003. He was a member of the board of directors for the New York City YMCA Human and Community Development Center in Chicago from 1985 to 1992. He is also a founding member and the second and longest serving president of the J. Robert Gladden Orthopaedic Society.

Starting in 1995, Dr. Hill has mentored and counseled college students. His first opportunity was when he served as a member of the board of trustees at Talladega College, Alabama’s oldest private historically black liberal arts college.

A strong supporter of diversity in medicine, Dr. Hill has always encouraged underrepresented ethnic minorities and women to pursue careers in orthopaedics. He sponsored a minority student through his undergraduate career, medical school training, and orthopaedic residency at the Northwestern University Feinberg School of Medicine.

A former chief of staff at Northwestern Memorial Hospital, Dr. Hill is currently a professor of orthopaedic surgery at the facility—a position he has held for 40 years. He also has a longstanding commitment at two of Chicago’s public hospitals where he provides surgical care for the underserved and underprivileged. In addition, he volunteers with the Chicago public school system and mentors minority and economically disadvantaged students at two inner-city schools. “I am very proud of my involvement with primary school children and high school students from the same neighborhood in which I grew up,” he said.

In addition to being a professor, surgeon, volunteer, and mentor, Dr. Hill produced a video titled, “Follow Your Path” in 2003; moderated a symposium on culturally competent care at the American Orthopaedic Association Annual Meeting in 2006; and published an article on the topic in The Journal of Bone & Joint Surgery in 2007.

Stephen M. Gryzlo, MD, FAAOS, Dr. Hill’s colleague at Northwestern, credits his personal outlook on life, practice of orthopaedics, and attempts at doing the right thing to his experiences with Dr. Hill. “In the more than 35 years that I’ve known Dr. Hill, it’s never been about him. It’s about doing the right thing, helping all individuals attain what they want, and helping those less privileged from [a] similar background as his make a difference,” Dr. Gryzlo said.

Dr. Hill is extremely grateful to his parents and other role models and mentors for providing him with the opportunities that have enabled him to succeed.

“I’ve been very blessed. All along the way, I’ve had people who opened doors for me when I couldn’t,” he said. “I feel it is my obligation to help others who are less fortunate because of all I have been given.”

Dr. Hill added that he appreciates receiving the Diversity Award and being recognized by his peers, but more importantly, he hopes his actions motivate others. “Instead of people saying, ‘Look what he has done,’ I’d like them to say, ‘Look what we all should do,’” he said.