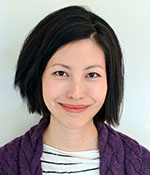 Before Alice Huang, PhD, associate professor in the Department of Orthopaedics at the Icahn School of Medicine at Mount Sinai, and her colleagues began their research, not much was known about the biology of tendons and tendon cell fate. As common as tendon injuries are, tendons present a clinical challenge due to poor healing that results in high failure and re-rupture rates.

“Tendons don’t regenerate, unlike bone and muscle, where the tissues can rebuild the original structure and original function,” said Dr. Huang. “For a long time, we tried to find ways to improve tendon healing, but none of the methods really worked. Either more scar tissue was made, or you inhibited scar, but in no case was tissue regenerated. My thought was if we knew how the body normally produced tendons, then can we use that to inform some kind of regenerative therapy?”

Dr. Huang and colleagues received the 2020 Kappa Delta Young Investigator Award. The research was funded by the National Institutes of Health, Orthopaedic Research and Education Foundation, New York State Stem Cell Science, University of Bern (Switzerland), and Department of Orthopaedics at the Icahn School of Medicine at Mount Sinai.

Using mouse genetic tools, Dr. Huang and colleagues (Ronen Schweitzer, PhD, and Leesa Galatz, MD) found that tendons form in two stages: the anchoring of muscle to skeleton at E12.5 by short-range tendon progenitors, followed by the elongation of the tendon. The researchers also uncovered that tendon development strongly depends on the presence of cartilage and muscle; however, it is specific to the part of the body.

The research team then set out to study how tendons regenerate and repair, using genetic models from development and bioengineering approaches. Applying a model of full Achilles tendon transection without repair, the investigators injured neonatal mice at five days old and adult mice at four to five months old. The results included:

Additionally, at days 14 and 28, Scxlin cells were observed, indicating that those cells were recruited during neonatal healing, whereas there was an absence of Scxlin cells in adult tendons, and aSMA+ cells were seen at day 28.

“What we’re seeing in adults is that the tendon cells aren’t activating after injury and don’t migrate into the injury sites,” said Dr. Huang. “Some of the tendon cells actually undergo an abnormal differentiation to make cartilage. We saw a difference in the transcriptional signature of the cells where they start to turn on more cartilage markers during postnatal maturation, and this may be what predisposes them to make cartilage after injury.” 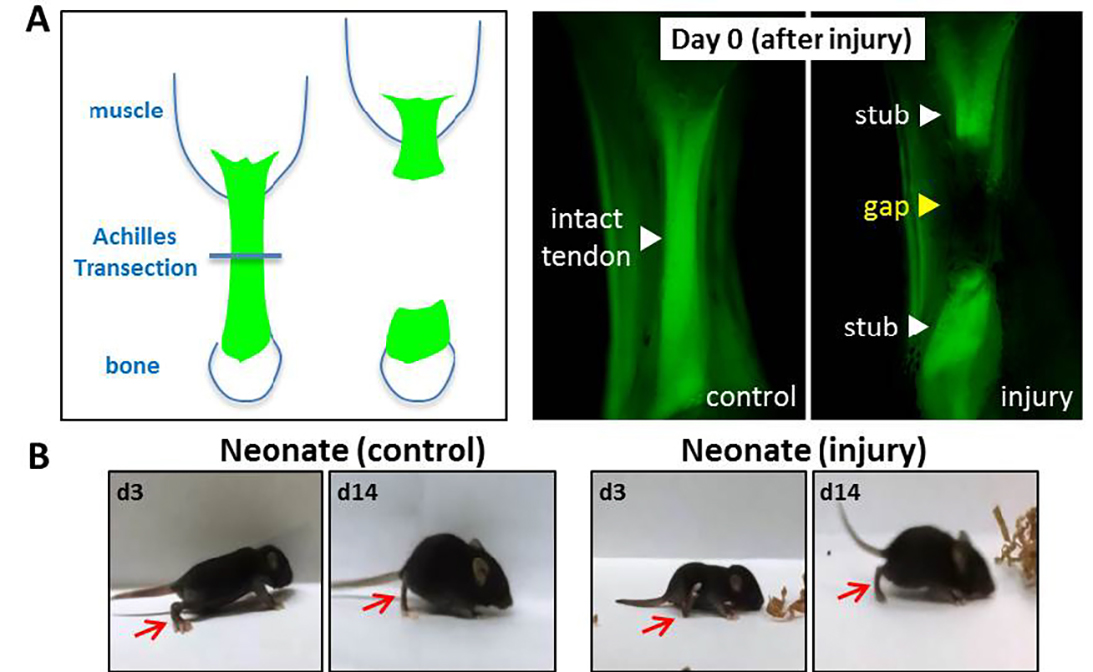 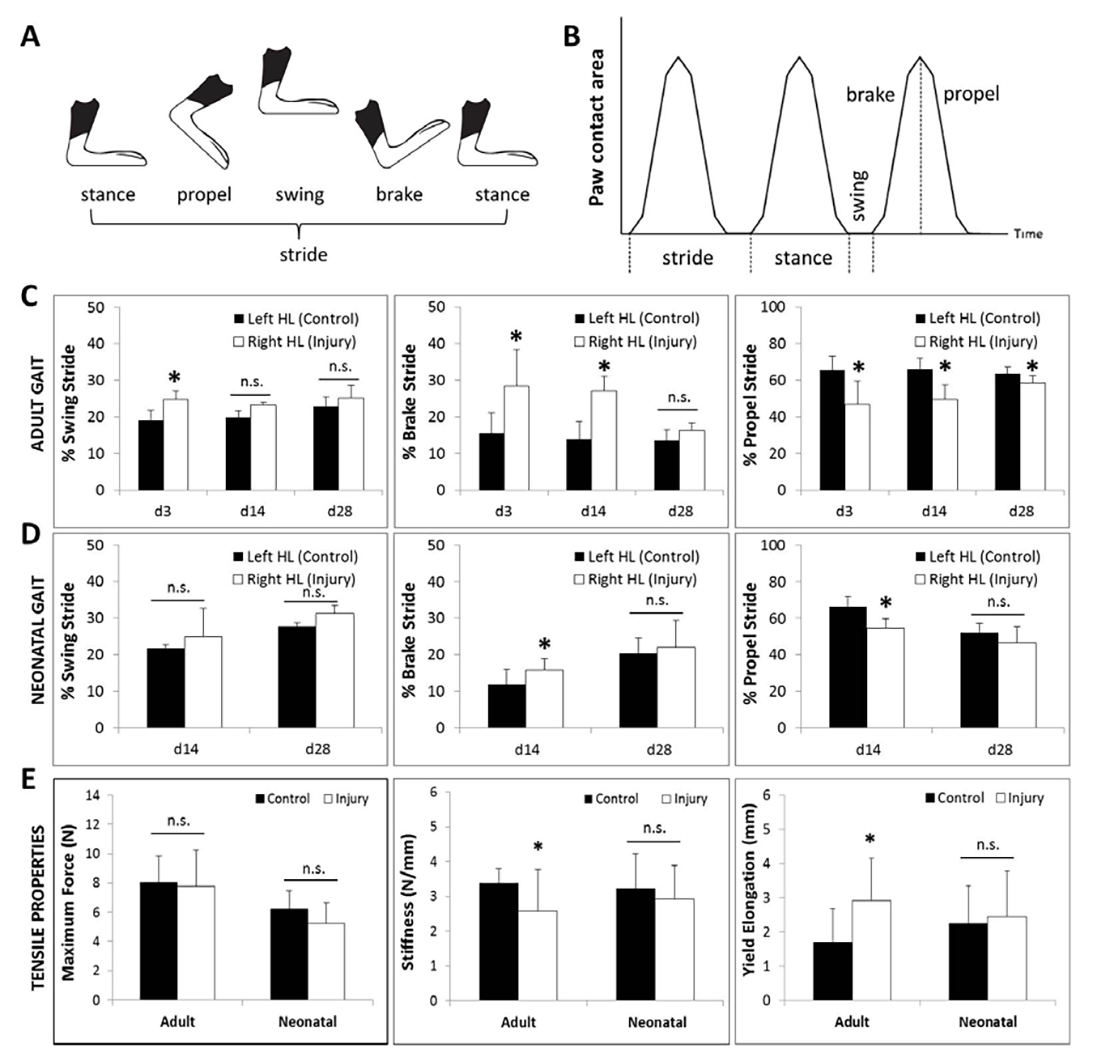 Although the Achilles tendon was a useful model for tendon injury, the researchers wanted to look at the supraspinatus tendon of the rotator cuff due to high failure rates following repair—as high as 94 percent in older patients—to determine whether those tendons healed by a similar mechanism.

Decorin, a small, leucine-rich, chondroitin-dermatan sulphate proteoglycan expressed by tenocytes, has shown to have regenerative properties in other wound-healing systems; however, no studies have tested decorin for tendon healing.

Dr. Huang and her team applied decorin at the time of supraspinatus detachment and repair in adult mice to determine whether it could improve scarring after rotator cuff injury. Rapid recovery was seen after injury, and healing improved by days three and seven. By day 14, functional healing returned to preoperative levels. The researchers found that decorin use at the time of injury may result in early reduction of scar and improved gait function (Fig. 3, available in the online version).

“We need to understand more about basic biology in the context of injury, both in regeneration and scar formation, so we can design therapies,” Dr. Huang said. We’re just scratching the surface of what we know.”

Molly Todd Rudy is a freelance writer for AAOS Now.