We will be performing site maintenance on AAOS.org on September 19th, 2020 from 8:00 – 10:00 PM CST which may cause sitewide downtime. We apologize for the inconvenience. 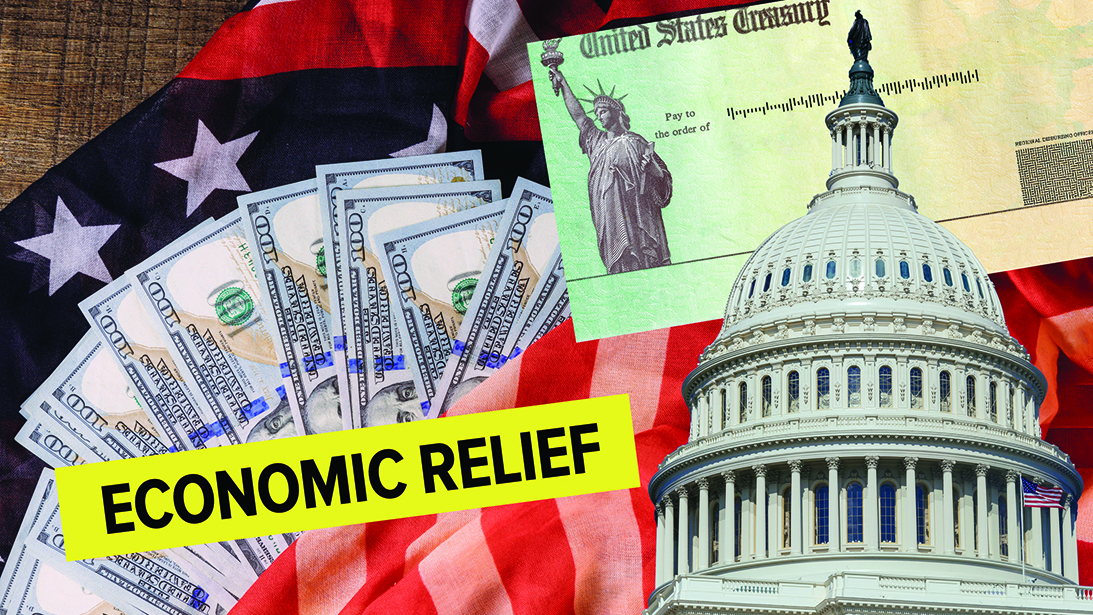 The congressional response to the COVID-19 pandemic has encompassed four major pieces of legislation and trillions of dollars in new spending since early March. As the healthcare industry adapts to this unprecedented crisis, AAOS continues to work with allies in Congress to ensure that its priorities, including the preservation of orthopaedic private practice, are advanced in relief legislation.

The first economic relief bill in response to COVID-19 was signed into law on March 6. The $8.3 billion package was designed to shore up federal agencies, providing $3.1 billion for Department of Health and Human Services (HHS) programs, $950 million for state and local health departments, $300 million for vaccines and treatments, and $1.25 billion for international activities to help mitigate COVID-19 spread abroad. The bill also provided key AAOS-requested regulatory flexibilities for telehealth, expanding access for Medicare beneficiaries.

The second package, the Families First Coronavirus Response Act, was signed into law on March 18. The exponential expansion of support added $104 billion in new funding. The legislation focused on protections for workers, including mandating paid sick leave for certain employees in quarantine or caring for family members. Although employers of healthcare providers or first responders can elect not to comply with those rules, AAOS continues to advocate that all healthcare workers benefit from the increased protections. The bill also provided no-cost coverage of COVID-19 testing from all payers.

The third major relief package, and the largest to date, was the $2 trillion Coronavirus Aid, Relief, and Economic Security (CARES) Act, signed into law on March 27. Although the centerpiece of the legislation was $1,200 stimulus payments to income-eligible Americans, AAOS requested and received physician support as part of a $100 billion appropriation to HHS for grants addressing expenses and lost revenues attributable to COVID-19. AAOS also was successful in requesting physician practice eligibility for $367 billion in new small business relief programs, including the Paycheck Protection Program (PPP) and Economic Injury Disaster Loans (EIDLs). The CARES Act also included the AAOS-requested suspension of planned 2 percent Medicare cuts.

A fourth package followed almost a month later on April 24, as funding for the PPP expired. The $448 billion PPP and Health Care Enhancement Act is viewed on Capitol Hill as a stopgap and prelude to the next major piece of relief legislation. Specifically, the bill added $250 billion to fund the PPP and set aside $60 billion in small business emergency loan and grant programs for smaller lending institutions. The HHS provider relief funding originally provided in CARES was also refilled, with the legislation providing $75 billion to top-up the program.

All of the previously mentioned packages were passed as the result of negotiations and significant bipartisan support between House of Representatives Democratic leadership, Senate Republicans, and the White House. However, political tensions are rising, including concerns that the implementation of the PPP favored larger companies rather than the intended small businesses. In addition, disagreements have emerged on the need for further federal spending to shore up state and local governments and a possible liability shield for businesses beginning to reopen.

Amid this murky pathway to the next major relief package, on May 13, House Democrats released the Health and Economic Recovery Omnibus Emergency Solutions (HEROES) Act. The bill is viewed as a first offer from Democrats and was not the result of a bipartisan negotiation, passing in the House with a near party-line vote on May 15. Senate Republican leadership has indicated they will not take up the bill as written.

The HEROES Act also revises an AAOS-requested program providing advance Medicare payments. The Medicare Accelerated and Advance Payment Program, which was suspended by the Centers for Medicare & Medicaid Services on April 26, would be restarted with a 1 percent interest rate and an expanded payment period. Recipients would be subject to only 25 percent per-claim recoupment. Other significant provisions in the HEROES Act include a 2.5 percent increase for Medicaid disproportionate share hospital allotments and a 10 percentage point increase for the Federal Matching Assistance Percentage for state Medicaid services. An extension of loan forgiveness for eligible student loan borrowers is also included in the bill.

Noticeably absent from the HEROES Act is language on medical liability reform. Although CARES included AAOS-supported language providing liability protection for physicians volunteering during the COVID-19 disaster, it does not cover nonvolunteers. That legislation, the Coronavirus Provider Protection Act, was introduced separately on May 28. As written, it would protect physicians who worked outside of their normal practice area during the COVID-19 emergency. It also would protect physicians who were forced to delay “elective” surgery due to state and local regulations. Senate Majority Leader Mitch McConnell (R-Ky.) has indicated that broad liability reform is a priority feature of future COVID-related legislation for Senate Republicans. Senator McConnell has said the next relief package, should there be one, will be negotiated in the Senate, more narrowly tailored than previous bills, and the final COVID-19 bill to be considered. A decision on whether to proceed is expected this month.

One other bill recently signed into law is the PPP Flexibility Act. The law reduced the percentage of a PPP loan that had to be used on payroll costs from 75 percent to 60 percent. The law also extends the amount of time borrowers could spend the funds from eight to 24 weeks. AAOS continues to advocate for provisions to protect orthopaedic surgeons, your practices, and your patients during this health crisis. AAOS will continue to build on its advocacy successes and work toward preservation of surgeon reimbursement, protection of surgeons from infection, and a reduction in burdensome paperwork during the COVID-19 crisis and beyond.

Catherine Hayes is a senior manager of government relations in the AAOS Office of Government Relations.