Registration is now open for the most anticipated and innovative orthopaedic event of the year!

We will be performing site maintenance on AAOS.org on April 24th, 2021 from 7:00 – 9:00 PM CST which may cause sitewide downtime. We apologize for the inconvenience. 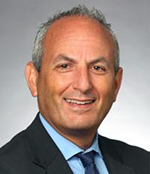 In 2020, the Ruth Jackson Orthopaedic Society (RJOS) instituted the annual “He For She” Award, which recognizes a male orthopaedic surgeon who serves as a strong mentor and sponsor for women in orthopaedics, supporting and empowering females at all stages of their careers to achieve their professional goals. The criteria for selection include being an open advocate for women in orthopaedics; demonstrating continued support, mentorship, and sponsorship for various women; and being a forward-minded, inclusive thinker. There were 11 nominees for the first annual award in 2020. This year, there were 19 nominees (see sidebar for a list of all nominees). 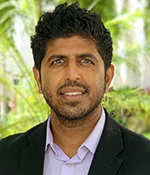 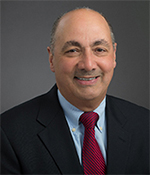 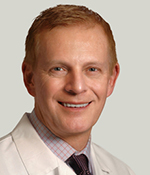 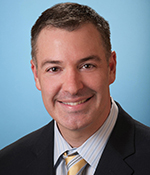 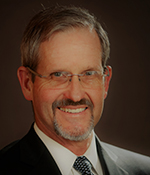 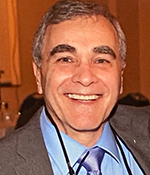 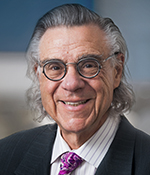 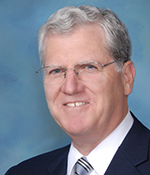 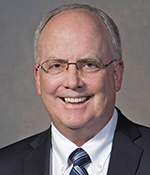 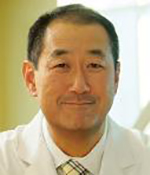 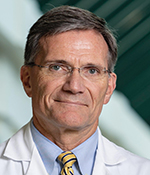 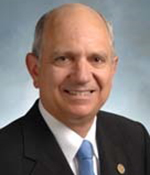 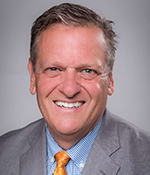 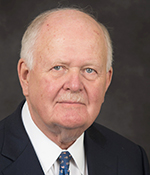 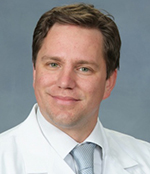 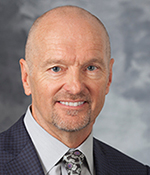 Although there is only one winner selected, all of these gentlemen should be recognized for the impact they have made on women in orthopaedics. Medical student Aseel Dib said: “Amiethab Aiyer, MD, has been committed to addressing the gender inequity that exists in the field of orthopaedics. By mentoring myself and countless females, and through his RJOS membership, Dr. Aiyer has demonstrated his ability to provide quality and fair guidance to women in our field. He continuously works with his colleagues to help raise awareness and address the changes that need to be made in order to make the field of orthopaedics a place that is welcome to all, regardless of gender, ethnicity, race, or religion.”

Tessa Balach, MD, FAAOS, and Jennifer Wolf, MD, FAAOS, said, “Douglas Dirschl, MD, FAAOS, set out to build a department of engaged, committed, and diverse faculty members. In addition to an emphasis on diversity in hiring over the years, he has supported his female faculty in their clinical, academic, and leadership pursuits. The department’s Executive Committee of seven has three female members.”

Jennifer Bauer, MD, MS, described Michael Goldberg, MD, FAAOS: “He often reminds his mentors of the Talmudic teaching: ‘If I am not for myself, who will be for me?’ From his loving grandfather side, he teaches me how to be kind to myself in the face of complications, devastating and small alike, but then pushes me to dissect and improve the system of quality and safety in care. He invites me for dinner, shares his love of art and wine, and always orders dessert. Nothing he tells me is because I am a woman, and yet, I realize that everything he tells me is because I am a woman.” Suzanne Yandow, MD, FAAOS, similarly shared her positive sentiments about Dr. Goldberg: “Some people have the capacity to ‘fill your spirit back up,’ when our often-daunting task of caring for others can drain you. Dr. Goldberg excels in this Yoda-like role. I feel so fortunate to have him as a friend and mentor and hope that I can do this for other women in orthopaedics because of his teachings. He would be an outstanding choice for the ‘He For She’ Award.”

Christina Gutowski, MD, MPH, stated, “Richard Lackman, MD, FAAOS, has been my personal and professional role model for the past four years. … I always joke with Dr. Lackman that, despite his ‘old age,’ he is a forward-thinking, positive-minded supporter of women in orthopaedics, and he has an innate ability to make people feel included. He is a male surgeon who understands the value of diversity in our profession and goes above expectations to encourage and facilitate females to thrive in orthopaedics.”

Casey Jo Humbyrd, MD, MBE, FAAOS, wrote of Thomas Lee, MD, FAAOS: “While Dr. Lee is prone to defer credit—often to surrounding women—for his role in founding the Women’s Leadership Initiative at the American Orthopaedic Foot & Ankle Society (AOFAS), it is no exaggeration to state that Dr. Lee is fully responsible for the founding and success of this initiative. Dr. Lee supported this project through conception (it was his idea), supported it through the AOFAS board, and, not least, personally contributed $100,000 to the initiative. While many donors would insist on driving the direction of such a large grant, Dr. Lee refused a starring role and refused naming rights. In fact, he is listed as a donor like any other on the website, although the funds are nearly all from him.”

Deana Mercer, MD, FAAOS, described Robert Schenck, MD, FAAOS: “During the #MeToo movement, Dr. Schenck rearranged rigid department schedules to provide dedicated time for honest, safe, and impactful conversations about professional conduct and sexism in the workplace. He even stepped quietly aside to encourage female faculty and residents to speak amongst themselves. Dr. Schenck shows uncanny awareness of his own role in female empowerment, be it in assisting outreach programs or giving space and agency for critical discussion.” Roxana Martinez, MD, expressed her views of Dr. Schenck: “He works hard to create a nourishing, supportive environment for all of his residents, especially for the female residents, as he is uniquely aware of the challenges we have in this male-dominated field. Most importantly, he is forever open to feedback on how our program and hospital can be more supportive of the women in it. He is an advocate, leader, and mentor for all of us and is genuinely invested in making us the best orthopaedic surgeons that we can be—man or woman. I cannot think of someone more deserving of this award.”

Of Thomas Zdeblick, MD, FAAOS, Tamara Scerpella, MD, FAAOS, said: “[His] mission is clearly to hire the most qualified orthopaedic surgeons and trainees, regardless of gender. His enfranchisement of women has changed the face of orthopaedic surgery at the University of Wisconsin (UW) and will add to the incremental advances we make within our society, as a whole.” Kathryn Williams, MD, FAAOS, added: “Dr. Zdeblick has made it his mission to recruit clinically and academically strong female orthopaedic surgeons, and because of that, I have seven amazing female colleagues, mentors, and friends at my fingertips here at UW. He has always given accurate advice and been an excellent example of professionalism, leadership, surgical skill and efficiency, and friendship.”

And the winner is …

All of the nominees are deserving of this award, and the margin was incredibly close for multiple individuals. The 2021 “He For She” Award goes to William Levine, MD, FAAOS. Twelve women provided personal vignettes and anecdotes describing why Dr. Levine is deserving of this award: Nicole Belkin, MD, FAAOS; Morgan Busko, MD; Nadeen Chahine, PhD; Natasha Desai, MD; Laura Forese, MD, MPH; Lauren Redler, MD; Susanne Roberts, MD; Katherine Rosenwasser, MD; Christen Russo, MD, FAAOS; Wakenda Tyler, MD, MPH, FAAOS; Stephanie Shim, MD; and Danica Vance, MD. The women agreed: “There have been uncomfortable conversations, new challenges, and unpredictable nuances that the department had not previously faced, but as a family, we are learning together and making things better for our professional future and ultimately for patient care. Dr. Levine has welcomed controversial grand rounds that have made everyone squirm in their seats—discussing the hard topics of sexual harassment, equity, and suicide. He understands this important perspective of diversity, and he knows it is making our family into better physicians, surgeons, and citizens.”

Congratulations to all of these gentlemen. The field of orthopaedic surgery is better with you in it.

Learn more about the “He For She” Award at www.rjos.org/index.php/about/he-for-she-award. Applications will open again this fall for 2022 nominees.

Julie Balch Samora, MD, PhD, MPH, FAAOS, is a pediatric hand surgeon at Nationwide Children’s Hospital in Columbus, Ohio, where she serves as associate medical director of quality for the hospital. She is also the deputy editor of AAOS Now. Dr. Samora can be reached at julie.samora@nationwidechildrens.org.

‘He For She’ nominees