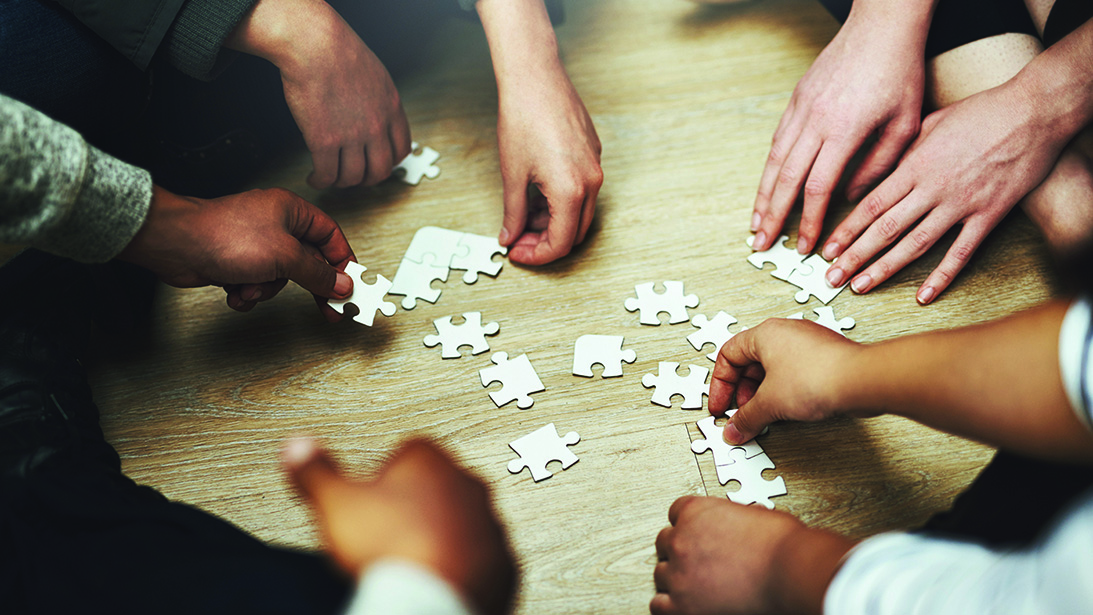 Diversity Advisory Board Assesses Progress Toward a More Inclusive Academy

As the Academy begins its third year of the 2019–2023 Strategic Plan, its initiatives to promote diversity are coming into focus.

In June 2019, as the AAOS Board of Directors (BoD) approved recommendations from the Diversity Advisory Board (DAB) for tactics and milestones to strive toward that Goal 3, the DAB set forth four main tactical touchstones: 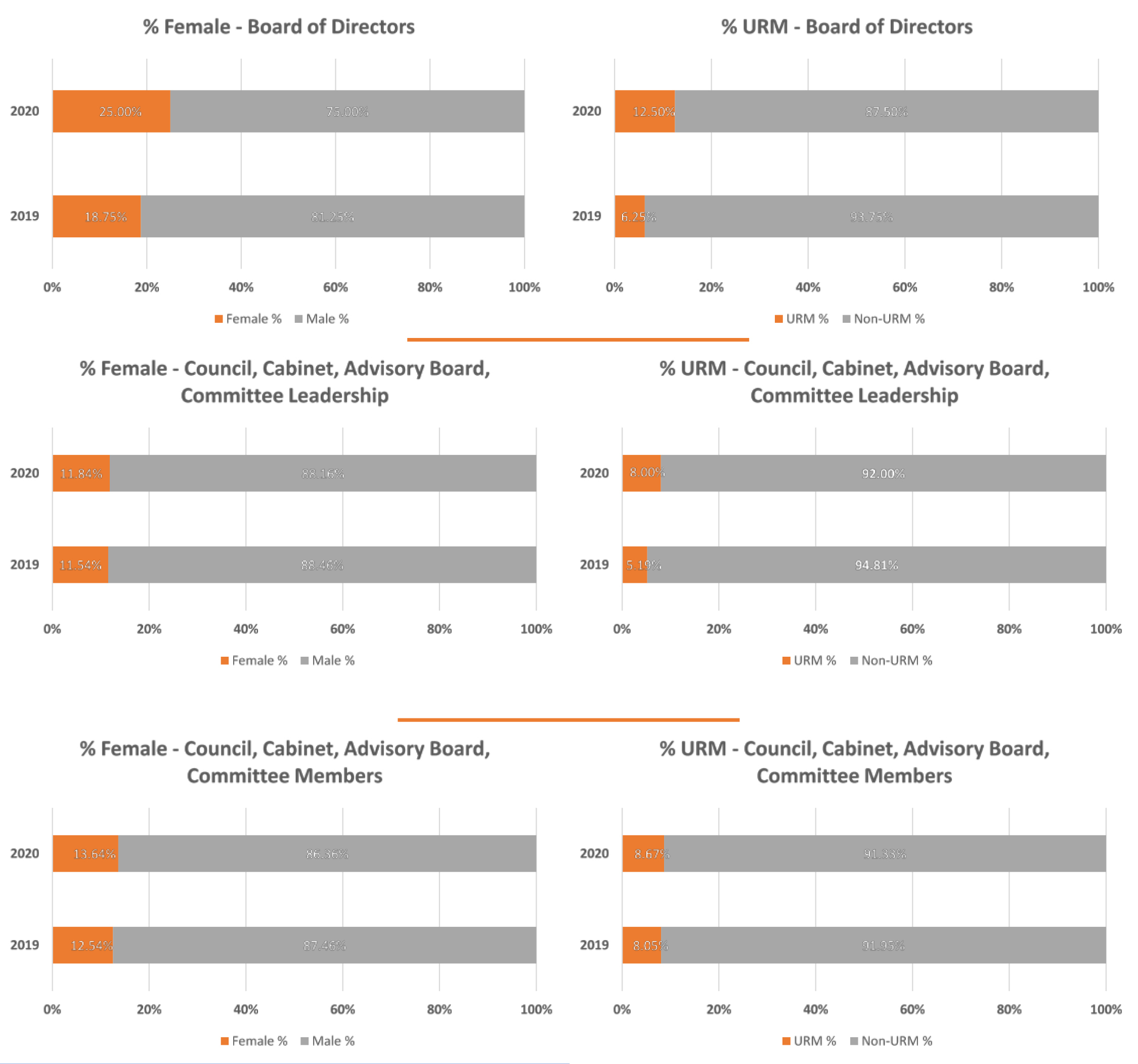 In June 2020, the DAB, which reports to the AAOS Membership Council, posted the AAOS Diversity Dashboard, where members can track progress in the implementation of a dozen specific measures toward these four categories, plus a charge to “identify other foundational activities needed in order to execute the diversity strategy.”

The effort to increase diversity “has the support of the leadership,” said Anthony E. Johnson, MD, FAAOS, chair of the DAB. “We met with the leadership for all three of the societies, and we also met with my counterparts at the Arthroscopy Association of North America, the Orthopaedic Diversity Leadership Consortium, and the International Orthopaedic Diversity Alliance. The goal is to better disseminate information about Academy activities and initiatives, as well as its Committee Appointment Program (CAP) positions that are open. We want to ensure that these like-minded societies and their members are aware of how the Academy is evolving and how they can be a part of this cultural change.”

“The PL is reaching out to the societies representing women and minorities, which they told us they would do when the DAB met with them,” said Monica Payares, MD, FAAOS, a DAB member (liaison for AALOS). “They offered their support in getting our common goals achieved.” In November 2020, she also attended the meeting of AAOS leadership and AALOS. “It’s nice to see commitment all the way from the top,” she said, including AAOS President Joseph A. Bosco III, MD, FAAOS, “encouraging us and helping to spread the word. I believe that the much-needed change in the culture of our society to be more diverse and inclusive needs allies at the highest levels. I am hopeful that they do want to make a difference.”

“AAOS is moving in the right direction,” Dr. Bosco commented. “In order for us to provide the best care possible, our profession ought to look more like the patients we care for. This is why one of the three goals of our Strategic Plan is to make AAOS more diverse. Over the past year, the BoD has worked with the DAB to develop a comprehensive plan to improve diversity. In turn, the DAB has partnered with other orthopaedic societies and interest groups to further refine this plan.”

The Diversity Dashboard details a number of achievements in recruitment, selection, retention, and culture. It will soon be updated with additional accomplishments and priorities set for 2021. Visit aaos.org/diversity to access the most up-to-date information.

For recruitment, in addition to the meetings between the PL and affiliate societies, a number of steps were taken to promote applications among all URM and female AAOS members within the CAP process.

Toward the aim of transparency in selection for leadership positions, a public report on the composition of individuals selected for governance positions, measured year to year against a baseline, is published (read on for more information). Also, diversity, inclusion, and implicit bias training is now provided to all governance leaders and staff liaisons. To fulfill the mandate to disclose why certain individuals are selected for positions and why others are not, it is now mandatory as part of the CAP process to include comments on rationale when selecting and not selecting candidates or the recommendation will not move forward.

Most notably, in October 2020, a completely revamped and expanded program for promoting participation and advancement in governance and leadership was launched with the introduction of the AAOS Leadership Institute (ALI) (“AAOS Leadership Institute Is Live,” November 2020, AAOS Now), which focuses on key leadership competencies for AAOS governance and includes diversity education in several levels of the program. The hallmark of ALI is that the gateway to its four-tiered structure is open to all Academy members.

In addition to the Diversity Dashboard, the Academy also released the AAOS Governance Diversity Report. The highlighted findings were:

Tables and graphs in the report (see Figs. 2-6) indicate the changes in numbers from 2019 to 2020 for representation of women and URMs in the governance structure of AAOS—comprising the BoD, council, advisory board, and committees (for both leadership positions and membership composition) (Fig. 1).

In addition to the increases in female and URM composition within the BoD, the makeup of leadership positions on the various governance bodies increased among women to 11.84 percent (a 2.6 percent increase), and the number of URMs increased to 8.0 percent (a 54.0 percent increase); the numerical increase was from four to six among the 76 total 2020 leadership positions, which was down from 78 in 2019.

Dr. Johnson commented that the numbers indicate varying degrees of progress for women and minorities, and in some cases must be clarified for context. “Although the female and URM numbers have been going up, I think external feedback is always going to be that the numbers are small,” he said, noting also that small numerical increases may show a “huge percentage increase.” This effect can be seen on the BoD, where the increase was 33 percent for women and 100 percent for URMs, which translates to one new female and one new URM. “But to have four females and two URMs on a 16-member board is pretty doggone good,” he said.

Regarding the numbers for women in governance leadership positions, Dr. Johnson said, “The Academy is trending in the right direction. Female representation in the leadership category is at 11.84 percent, which is more than the percentage of women within the general membership population. The bigger problem, however, is that surgical specialties are not drawing a representative sample of women into orthopaedics. There is an upstream pipeline problem, but given what we have to work from, we are doing pretty well. Could we do better? Of course.”

Although the numbers that are reported paint a picture of representation, there is some possibility they underreport minority representation. “One of the issues we face with the diversity report is the total that is reported. Not everybody reports,” Dr. Johnson said. “There are certain races/ethnicities/cultures where you can perhaps guess the ethnicity of the applicant. If you have a stereotypically Asian-sounding name or if you are of southeastern Asian descent, we can try to figure that out. The same may be true if the person is of Latino descent. But to take me as an example, you would not figure out my ethnicity from my name, Anthony Johnson. If I don’t report my demographic information, you would never know that, and that is something we run into. As we expand our diversity efforts to include work experience, veteran status, [and] age—if those aren’t reported, we will never be able to count and track that.”

Overall, for committee membership, Dr. Johnson said, “If I were to answer, ‘Were we successful?’ The answer is an unequivocal yes. The nuanced question is, ‘How successful were we?’ I would say we were somewhat successful. At the same time, given the current pipeline and application pool that we have to work with, I think we are doing well.”

He said a cornerstone of the strategy to increase female and URM representation is “to get more people to apply—[that] is where we should focus the rest of the conversation.”

On the overall effort and progress made, Dr. Bosco commented, “Am I satisfied with where we are? No, I am not. Am I happy with the pace of change? Nope. Am I satisfied with the effort and commitment of our organization to become more diverse? Yes, I am. Am I confident that with all our efforts we will achieve our diversity goals? Absolutely I am.”

Dr. Johnson agreed that although he and others wish that progress could be more rapid, the direction of the effort is positive: “A journey of a thousand miles begins with a single step. We have taken positive steps. It’s not very many steps, but we’ve definitely taken positive steps.”

Terry Stanton is the senior medical writer for AAOS Now. He can be reached tstanton@aaos.org.