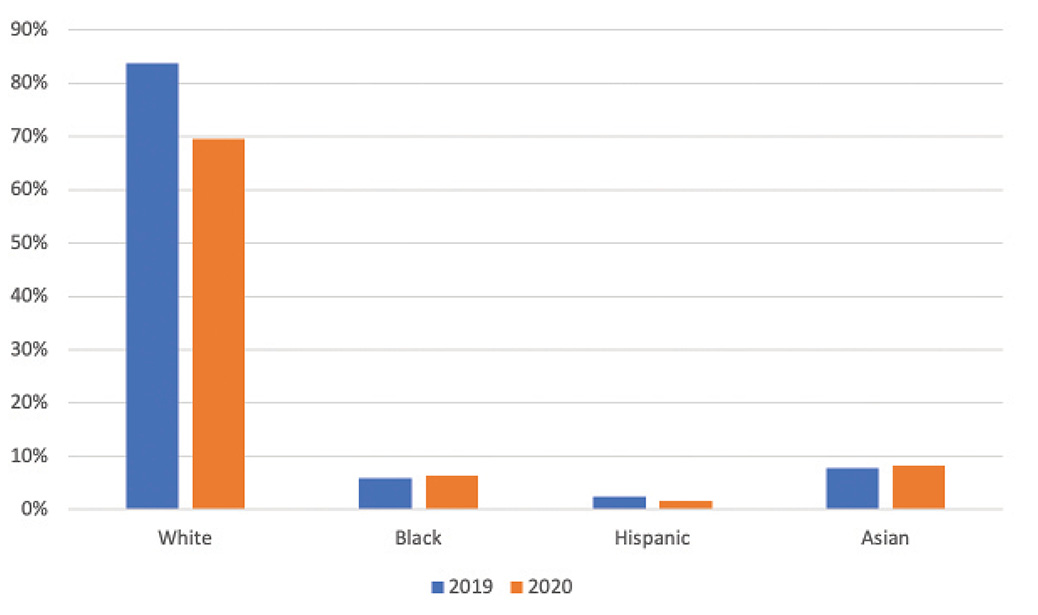 Fig. 1 Changes in the use of orthopaedic care via telemedicine between 2019 and 2020 according to patient race
Source: Xiong et al., “Health Disparities in Utilization of Orthopaedic Care via Telemedicine.”

Is Telemedicine Living Up to Its Potential to Resolve Health Disparities?

Telemedicine has the ability to mitigate geographic and physical barriers to care, but amid a greater use of telemedicine during the COVID-19 pandemic, new barriers to access have been identified that may ironically widen disparities in healthcare outcomes.

Grace Xiong, MD, a clinical fellow in orthopaedic surgery at Massachusetts General Hospital in Boston, is sharing the findings of a retrospective that evaluated the use of orthopaedic care via telehealth during the pandemic and compared it to the same period in 2019.

“Telemedicine has long been touted as a method for reducing disparities and access to care, and with its widespread implementation during the pandemic, we were curious to see whether these promises would be delivered upon,” Dr. Xiong told AAOS Now Daily Edition.

The researchers examined disparities in care among patients who established orthopaedic care via outpatient telemedicine at two academic tertiary referral centers between March and May 2020. During that time, nonessential clinic visits were prohibited by government regulations.

The authors also reviewed use of telemedicine among a comparison group of new orthopaedic patients during the same 10-week period in 2019.

Patients with orthopaedic trauma or cancer were excluded from the analysis due to the nonelective nature of those conditions.

To understand potential disparities in access and delivery of orthopaedic care, researchers collected demographic data, as well as insurance type, adjusted gross income, and location as proxies for socioeconomic status.

Type of insurance also differed between the two groups:

“Instead of narrowing disparities, we found that patients who were underinsured, Hispanic patients, and patients who did not speak English or Spanish had lower rates of representation among the telemedicine group,” Dr. Xiong reported.

After multivariable logistic regression modeling, the researchers determined that patients seen in 2020 for telemedicine visits were 36 percent less likely to be Hispanic (odds ratio [OR] = 0.64; 95% confidence interval 0.43–0.95; P = 0.03).

“These findings suggest that widespread implementation of telemedicine may have exacerbated healthcare disparities in our population,” she added.

The observed differences in telemedicine use among English-speaking and Spanish-speaking Hispanic patients “indicates that certain patient populations cannot be treated as a monolith—an important lesson for culturally conscious implementation of telehealth moving forward,” Dr. Xiong commented.

“Telehealth will almost certainly assume a much more prominent role in the delivery of orthopaedic care even after most other effects from the pandemic are gone,” Dr. Xiong added. “Thoughtful implementation that accounts for needs of traditionally underserved populations may be even more necessary to prevent further widening in healthcare disparities.”

These efforts could include increasing community outreach, advertising telemedicine services, or expanding office hours for communities that comprise higher rates of laborers or non-office workers.

“While the primary limitation of our study is the confounding effect of the concomitant pandemic, as well as its retrospective study design in one geographic region, this was a rare opportunity to study such widespread telehealth implementation and its effects,” she said.

Dr. Xiong and research colleagues at Massachusetts General Hospital are continuing to examine the role of telemedicine in orthopaedic care delivery, with the eventual goal of collecting information about patient and provider preference and elucidating the true causes of the increasing disparities found in this study.

The poster will be on display today and tomorrow in Academy Hall, Sails Pavilion, from 7 a.m. to 6 p.m.