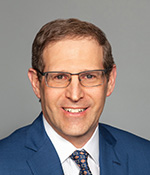 For more than 20 years, Dr. Boden has studied the epidemiology and causes of severe sports injuries to develop preventive strategies, with a focus on anterior cruciate ligament (ACL) ruptures and catastrophic sports injuries. Along with his collaborators, Dr. Boden determined that an axial compressive force is the predominant cause of non-contact ACL injuries (NC-ACLIs) and uncovered the science behind catastrophic injuries in certain high-risk sports, leading to legislation and fundamental changes that have saved lives and prevented numerous injuries.

In the mid-1990s, having observed the devastating outcomes of ACLIs, Dr. Boden was inspired to go beyond traditional explanations and explore the mechanisms of ACLIs.

“Observing the high number of athletes whose careers were disrupted by ACL injury motivated me to explore the fundamental causes in order to support the development of prevention programs,” said Dr. Boden, an orthopaedic surgeon at The Orthopaedic Center, a division of Centers for Advanced Orthopaedics in Rockville, Md., and clinical adjunct professor at the Uniformed Services University of the Health Sciences in Bethesda, Md.

Utilizing athlete interviews and videotapes that captured the moment of injury, his early research revealed that nearly 70 percent of ACL injuries involve minimal to no contact (subsequently referred to as NC-ACLI) and occurred as the athlete either abruptly stopped or landed from a jump, both on one leg.

As the research progressed, Dr. Boden advanced his analysis of the videos captured at the moment of NC-ACLI, using two-dimensional analysis of body mechanics. By pinpointing the precise measurements of the ankle, knee and hip angles, as well as trunk position at initial foot contact, he was able to study whole-body dynamics at the time of injury. This information provided insights into the likely forces causing NC-ACLIs. A key finding uncovered by Dr. Boden was that injured athletes either landed flat-footed or heel first. For injured athletes, the foot became completely flat twice as fast as the uninjured athletes in the control group, who landed on the forefoot or toes. This indicated a difference in how the body was absorbing the high forces that occur when the foot hits the ground while landing.

“Similar to how airbags dissipate the impact forces of a crash before they reach the passenger, the calf muscles slow the impulsive ground reaction forces,” Dr. Boden said. “In essence, athletes need to land like an accordion, so as the joints bend, the muscles contract and absorb those forces. Landing flat-footed or nearly flat-footed with the knee almost straight renders the calf muscles ineffective at dissipating the ground reaction forces, and the impulsive forces are transmitted directly to the knee. When these forces aren’t absorbed properly, something has to give, often resulting in an axial compression injury with ACL rupture.”

Dr. Boden’s findings revealed that the primary force responsible for NC-ACLI is the impact force with the ground, which is directed through the tibia to the soft tissue of the knee. He then partnered with coinvestigator Frances T. Sheehan, PhD, a researcher at the National Institutes of Health, to further prove the mechanical principles of NC-ACLI and the engineering behind this axial compression injury.

“While we can’t prevent all ACL injuries in athletes, the more we learn about the mechanics of NC-ACLI, the better we can help athletes understand the dynamics and train them accordingly,” Dr. Boden said.

The second part of Dr. Boden’s research focused on catastrophic athletic injuries. Through a series of studies using data from the National Center for Catastrophic Sports Injury Research and other databases, he was able to determine the epidemiology, mechanisms of injury, diagnoses, and outcomes in sports with high rates of catastrophic events.

With insight into the causes of injury, Dr. Boden has advocated for and implemented policy and rule changes, equipment redesign, training programs, and education.