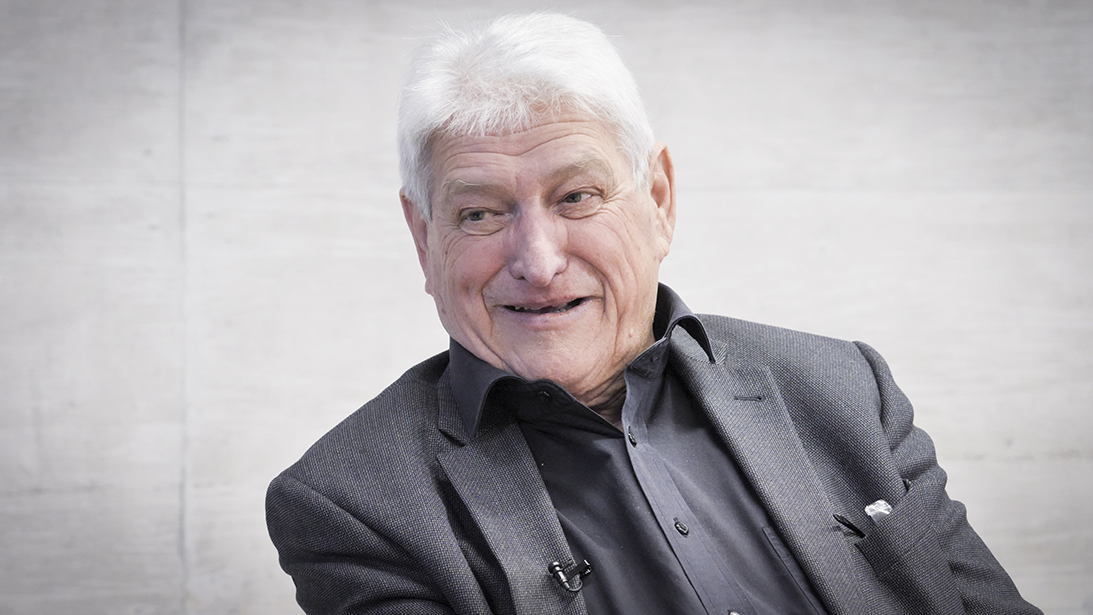 Thursday, AAOS hosts the inaugural presentation of the Dominik C. Meyer Award, which will be given to Reinhold Ganz, MD, an acclaimed innovator in hip surgery and chairman emeritus at the University of Bern, Switzerland.

The Meyer Award, established by the ResOrtho Foundation in Switzerland, honors and commemorates Dominik C. Meyer, MD, an internationally renowned orthopaedic surgeon and researcher who died at age 49 in 2019 of amyotrophic lateral sclerosis.

The award honors “transformative discoveries, innovations, or disruptive advancements in musculoskeletal medicine.” Dr. Ganz is being recognized for his groundbreaking work that led to new and less invasive approaches to treatment of osteoarthritis (OA) of the hip. At the session, Dr. Ganz will give a talk titled “Joint Preserving Hip Surgery: Breaking the Rules.”

Early in his career, as he sought to unravel the causes of early-onset hip OA, Dr. Ganz utilized CT assessment of coverage and congruency of the joint to develop a new periacetabular osteotomy for hip dysplasia, now known as the Bernese procedure. With his collaborators, he followed results for more than 20 years, and, based on landmark studies on the vascularity of the hip, Dr. Ganz developed and described safe surgical dislocation of the joint, which allowed direct inspection of the acetabular cartilage (e.g., in acetabular fractures). With the discovery of lesions caused by cam deformities of the femoral head or pincer configurations of the acetabular rim, along with the conclusion that early-onset OA can be caused by these mechanisms, Dr. Ganz, according to ResOrtho, “thereby discovered femoroacetabular impingement” and developed a safe and effective treatment. With his numerous collaborators, Dr. Ganz documented the role of femoroacetabular impingement in various disorders, leading to the concept of early-onset OA published in 2008.

AAOS President Daniel K. Guy, MD, FAAOS, speaking from firsthand experience having trained as an AO Fellow under Dr. Ganz at the Inselspital in Bern, commented: “Dr. Ganz’s work on hip preservation provided a truly novel way of approaching hip disease and has demonstrated success in reducing the progression of arthritis of the hip if identified early on. The role of hip preservation continues to evolve as even more difficult problems, such as large femoral heads due to Perthes disease, can now be treated. Techniques continue to evolve, and an even greater role for hip arthroscopy offers an additional path to treat hip problems before significant degenerative changes occur. Dr. Ganz’s innovative techniques and insights into the causes of hip arthritis have changed the way this pathology is approached by well-trained surgeons.”

“We are delighted to have the honor,” said Dr. Guy, who described Dr. Ganz as an individual who “exceeded every criterion for the award … because of the life-altering changes made possible by the concepts and techniques he developed.” Many surgeons, Dr. Guy noted, “now practice the techniques Dr. Ganz developed to preserve the hip joint. Possessed of great clinical skills and balanced by a wonderful sense of humor, he has been an extraordinary mentor and role model for many young surgeons.”

“It is an honor to receive this award,” said Dr. Ganz. “Throughout my career, I have been driven to overcome the shortcomings of the available treatments of hip conditions. The opportunity to help find improvements that can increase surgical success makes my research worthwhile. The focus has always been to help to achieve better results and higher quality of care for our patients.”
The Meyer Award session (1:30 to 3 p.m., Room S404) will feature a talk by Dr. Ganz and a panel including Dr. Guy; John C. Clohisy, MD, FAAOS; Richard F. Santore, MD, FAAOS; and Robert T. Trousdale, MD, FAAOS.