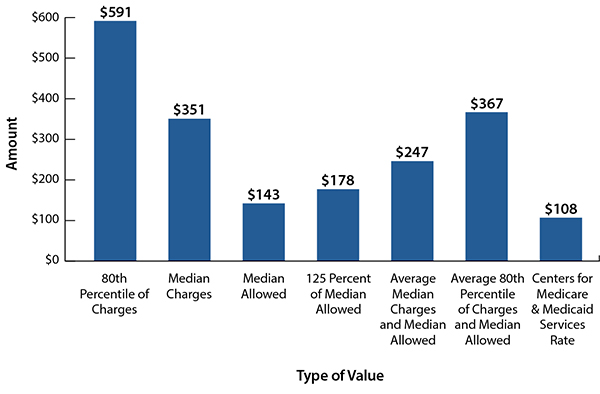 Editor’s note: AAOS Now has covered out-of-network (OoN) billing in several previous articles, but the subject remains active in many state and federal legislative bodies. This article focuses on pending legislation and other potential solutions to address OoN billing as of May 1. (See the sidebar for a more recent legislative update.)

Since the passage of the Affordable Care Act, insurers have increasingly offered products with narrow, inadequate, and nontransparent networks. For those purchasing or electing coverage, a given product’s limitations in access to covered care are not well understood. For example, the nuances of highly profitable, narrow network coverage are rarely understood by customers until they receive a “surprise” bill. In such cases, uninformed patients receive out-of-network (OoN) care and incur substantial out-of-pocket costs.

Federal legislation that would make insured patients not liable when they receive surprise bills has bipartisan sponsorship from a workgroup led by Senator Bill Cassidy (R-La.).

What are possible solutions?

Proposed legislative solutions fall into two categories. The first type would ban balance billing when a patient did not consent to receiving OoN care and would set prices to federally mandated fee schedules based on predetermined benchmarks—either a percentage of the Medicare reimbursement amount, a percentile of usual and customary charges as determined by an independent database such as FAIR Health, or an average of in-network rates.

The second type would involve changing contractual relationships—such as having an independent dispute-resolution process, whereby an independent arbitrator would choose between the health plan and physician offers to determine the reimbursement amount instead of establishing the amount independently.

The problem with any mandated fee schedule is that, over time, it becomes the price point to which all in-network contracts are negotiated, thereby removing any genuine ability for physicians to negotiate their services. If insurers could pay contractual rates for OoN services, they would have little incentive to negotiate in good faith for fair reimbursement; that would drive down contractual rates. FAIR Health created a helpful policy paper to show differences in payment rates for various solutions being considered by Congress (Fig. 1).

FAIR Health, an important entity in the OoN debate, was created in October 2009 as part of the settlement of an investigation by New York state into health insurance reimbursement practices by UnitedHealthcare. UnitedHealthcare settled a lawsuit brought by New York state, which accused the insurer of manipulating data to lowball reimbursement rates for physicians. A portion of the settlement was used by then–Attorney General Andrew Cuomo to create FAIR Health. Today, according to FAIR Health, it “manages the nation’s largest database of privately billed health insurance claims.” 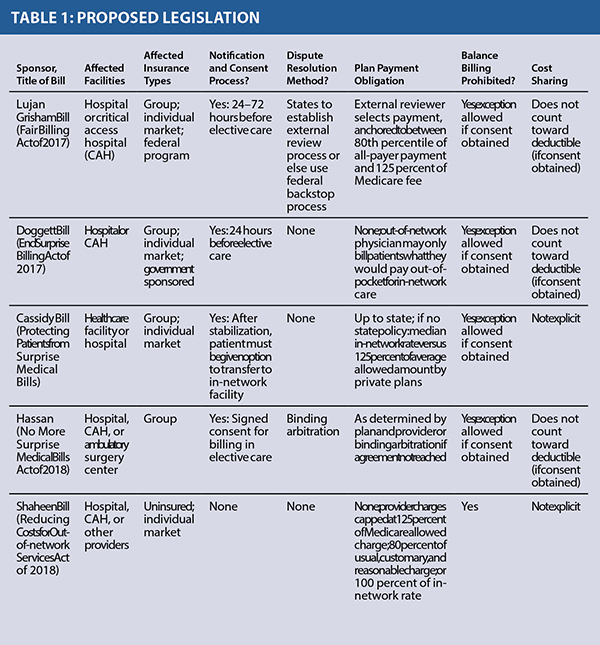 A bipartisan group of senators, including Senators Cassidy, Tom Carper (D-Del.), Todd Young (R-Ind.), Claire McCaskill (D-Mo.), Michael Bennet (D-Colo.), and Chuck Grassley (R-Iowa), has unveiled draft legislation that would ban balance billing if consent is not obtained and set payment to either a state-mandated rate or “median in-network rates or 125 percent of the average allowed amount by private plans.” (See Sidebar for a more recent legislative update.)

AAOS, along with the American Society of Plastic Surgeons, sent comments to Senator Cassidy on the proposal.

Congress is currently considering several other proposed laws, as of March (Table 1).

What is AAOS doing to advocate for access to musculoskeletal care?

AAOS is advocating for the following components to be part of any final federal legislation:

If musculoskeletal physicians lose this battle and insurers prevail in maintaining narrow networks with inadequate provider panels and continue placing a greater share of the costs on patients, physician services will be permanently devalued, and patient access will be compromised.

Rory Wright, MD, is a member of the AAOS Board of Councilors.