Are We Inclusive or Exclusive?

Orthopaedic surgeons from the LGBTQ community speak out

Editor’s note: This article is a three-part series of interviews seeking recommendations to make orthopaedics more open and inclusive. The other articles appeared in the November and December issues of AAOS Now.

LGBTQ stands for lesbian, gay, bisexual, transgender, and queer (or questioning). Julie Balch Samora, MD, PhD, interviewed members of the LGBTQ community at various stages of their orthopaedic careers to glean an under-standing of not only their individual experiences but also how the orthopaedic community can make the environment more welcoming, diverse, and inclusive.

Dr. Samora: What barriers to inclusion in orthopaedics exist for members of the LGBTQ community?

Anonymous #2: There are barriers, but putting a face and name to those barriers is difficult. In my experience, once someone gets to know me, they can “overlook my sexual orientation,” but that doesn’t change the fact that they see it as something that needs to be overlooked. As a minority, you start with a barrier to overcome: “You don’t look like an orthopaedic surgeon.” The sooner we realize that an orthopaedic surgeon’s appearance doesn’t dictate his or her prowess, the better. The main reason I am answering these questions anonymously is to avoid adding more barriers as I continue my career. As a profession, we need to start valuing intellect and surgical skill over image. Watching Kristy L. Weber, MD, FAAOS, speak as the first female AAOS president helped me realize that we are breaking barriers, but we need to be conscious about ensuring that this trend continues.

Dr. Letzelter: Being open and accepted stems from the environment that is created in the workplace. It comes from coresidents, colleagues, attendings, chairs, and overarching organizations. If there is a sense of protection or benign indifference to people’s sexual orientation, medical students may feel more comfortable sharing their sexual orientation or entering a specific field without fear of retaliation or discrimination. Orthopaedics is male-dominated, and occasionally comments are made by people in our field that can be off-putting and derogatory to certain groups. These comments can be against LGBTQ people, or frankly any group that is different from the person making the comments. When a medical student or resident hears a derogatory comment against a group with which they identify, it can cause them to feel unworthy or unequal in the other person’s eyes. This sense of inequality, whether or not it is consciously felt, can lead medical students to question their true interests or desired path.

I remember when I was a medical student, a resident said to me: “Pick a field where you fit in with the residents in that field.” It was a harmless statement, and he thought he was helping us students figure out what specialty was best. But it stuck with me. We go through eight years of undergraduate studies and medical school to decide what specialty we want to go into. Comments made by others that may alter or change the course of an already difficult decision are unwelcome and saddening.

Dr. Rahman: As a field, orthopaedics has done a better job of recognizing barriers for women than understanding that the same barriers are also a problem for LGBTQ people, including our gay male colleagues. Like many LGBTQ people, I purposely self-selected large, diverse, metropolitan cities for this reason, and I have had very positive and inclusive experiences. However, I recognize that smaller communities can also be diverse and inclusive, such as my hometown of Ann Arbor, Mich. Although there are generational differences to inclusion, I have found most of my colleagues to be accepting, and those who appear less so are usually just unaware of the issues impacting our community.

Dr. Gitajn: There are definitely barriers to inclusion in orthopaedics for many people who are not white, male, cisgender (a term for a person whose gender identity matches the sex assigned at birth), and straight. It is hard to know how many LGBTQ folks in orthopaedics are not “out,” but I’m certain the number of people I know is pretty small. With regard to the LGBTQ community in particular, many of the barriers are not explicit but are related to the impression that orthopaedics remains socially conservative.

I was disappointed but not surprised when the AAOS 2015 Annual Meeting keynote speaker was Ben Carson, MD, who has made many public statements against families like mine (i.e., non­-­traditional). He is categorically against gay marriage, believes that being gay is a choice, and has made other offensive statements concerning these issues. All of this can make it scary to be out, particularly as a trainee, when your mentors and attendings can alter the trajectory of your residency and entire career in ways that can be hard to pinpoint. Orthopaedics remains very much an “old boys club,” and whether it is because I’m a woman or a lesbian, I have never felt like part of the club—and still do not to this day. 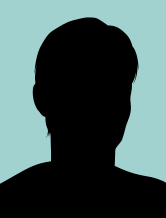 Anonymous #1 is a male senior resident.

Anonymous #2 is a female junior resident. 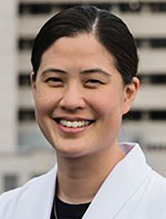 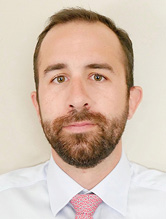 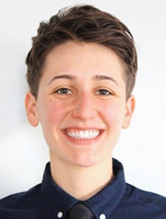 Sand Mastrangelo, MD candidate, is a third-year medical student at Dartmouth who is interested in pursuing a career in orthopaedic surgery. 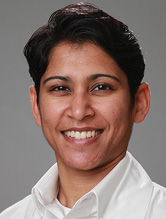 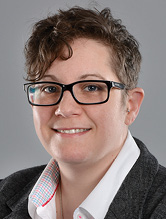 Chloe E. H. Scott, MD, MSc, is a consultant hip and knee surgeon at the Royal Infirmary of Edinburgh.

Did you feel comfortable sharing your identity during your training?

Anonymous #1: For the most part, I was not comfortable discussing my identity throughout my training. It wasn’t a secret, but I also didn’t feel willing to discuss it freely with most staff or coresidents. I am a private person, though I admit part of that unwillingness stemmed from concern that some may react negatively, which would affect my performance evaluations.

Anonymous #2: I have not felt comfortable coming out at any time during my medical training; however, I didn’t let that stop me from sharing my identity. My wife and I participated in the couple’s match, which forced me to come out during several interviews. I was lucky enough to have an LGBTQ faculty mentor in my residency program who helped me realize that the best thing I could do is to treat my relationship and sexual identity as a nonissue and let any hatred or ignorance roll off my shoulders. This is sometimes easier said than done. I am proud of who I am and the family I have built, and I think it is important to never let others shame you into not having that pride.

Ms. Mastrangelo: Prior to medical school, I worked as a ninth-grade English teacher and made it a point to be “out” to my students, colleagues, and administration. Having grown up with few openly gay mentors, I felt it was a responsibility to be a visible, vulnerable presence for my students. Despite recognizing the more conservative nature of medicine, I didn’t think twice about being “out” in medical school. As a queer medical student, I’ve definitely encountered clinical situations that have made me acutely aware of my gender presentation during a patient interview or physical exam. Whether it was a patient commenting about my choice of clothing or an attending making a comment about my hair, there have been numerous occasions where I’ve felt a little out of place.

Dr. Rahman: It is hard for me to hide my identity because my outward appearance and style are not feminine. I have been lucky enough that I can be very open with my colleagues. Mostly, this has happened indirectly through social media (e.g., Facebook) or simply by sharing everyday experiences. So much of our married life is completely relatable to our straight, married colleagues. I have rarely had a direct conversation with anyone about “being gay,” but whenever I do encounter earnest questions, I am happy to answer. In fact, I’d rather answer questions than have assumptions go unchecked. In some ways, I feel obliged to share my identity openly because it makes it easier for others to share theirs and to clear up misconceptions.

Dr. Ting: I was fortunate to train in a fairly progressive city (Boston) and training program (Harvard) with a relatively diverse group of coresidents, so I don’t think my experience necessarily reflects what others have gone through. In retrospect, I do think I subconsciously sought out what would likely be a more open environment. I never felt like my peers or attendings were closed-minded or intentionally exclusionary. I’m a more private person and never felt the need to explicitly “come out.” I figured, other people don’t have to come out as straight, so why should I? But I did find myself using gender-neutral pronouns to refer to my partner to skirt around the topic. As a junior resident in such a large training program, often people only come to know a few facts about each person before forming a lasting impression, and I didn’t want this one detail about me to define my identity.

Dr. Gitajn: I had been out for a long time prior to residency. After starting my training, I didn’t hide it, but I did not volunteer this information. My coresidents all knew, but the faculty did not. I did not correct them when they referred to my spouse as a “he/him,” particularly during the first few years. As an observer, it often seemed like people instinctively mentor trainees who remind them of themselves. And it was always clear to me that I would never remind those attendings of themselves. By the end of my training, however, I was out to everyone. I felt that I was reasonably well-liked and had proven myself clinically and was therefore less concerned that people with power over my career trajectory would judge me differently. My wife and kids were invited to several attendings’ houses, and one of my attending’s daughters babysat for us. My wife joined me at graduation.

Dr. Scott: I came out at 18 years old and never considered not sharing my identity. My work is a large part of who I am, and I spend a large proportion of my time there. I imagine it would be very difficult to hide other significant aspects of my personal and family life (e.g., my wife and three children). Colleagues and friends at work naturally share stories and conversations about their families and loved ones, and I imagine it would be very hard to feel unable to participate in that. As a specialty, orthopaedics requires that you give so much of yourself in order to succeed. It must be difficult to give yourself if you can’t be yourself.

Julie Balch Samora, MD, PhD, is a pediatric hand surgeon at Nationwide Children’s Hospital in Columbus, Ohio, and the lead of the AAOS Now diversity content workgroup. She can be reached at julie.samora@nationwidechildrens.org.

Lisa K. Cannada, MD, an orthopaedic traumatologist and member of the AAOS Now Editorial Board and AAOS Now diversity content workgroup, contributed to this article.