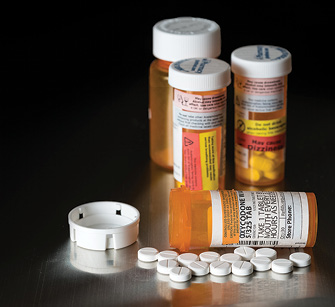 Among the findings of the study by Anita G. Rao, MD, and colleagues was that a quarter of patients undergoing anterior cruciate ligament surgery had received at least one opioid prescription at some time preoperatively.

The study, presented by Anita G. Rao, MD, of Northwest Permanente Medical Group in Portland, Ore., involved a population of 20,813 patients with 21,202 elective primary ACL reconstructions in the Kaiser Permanente ACL registry. Dr. Rao and colleagues studied the association of perioperative risk factors with the number of dispensed opioid prescriptions in the early (zero to 90 days) and late (91–360 days) postoperative recovery periods.

Risk factors associated with greater postoperative opioid prescription utilization during both the early and late recovery periods (the entire postoperative year) were:

Factors associated with a higher proportion of two or more opioid prescriptions in the early recovery period only included the following: race other than white, acute injury (≤ 90 days from injury to ACL reconstruction), meniscal injury repaired compared to no meniscal injury, multiligament injury, and dementia/psychosis.

In addition, the authors found that age > 20 years was associated with greater opioid prescription utilization across the entire postoperative year. They noted that although adolescent exposure to opioids has previously been associated with a higher risk of future opioid use disorder, previously reported incidence of opioid prescription misuse among adolescents has steadily decreased since 2003, and the overall misuse incidence in 2017 was low (2.7 percent for Oxycontin and 2 percent for Vicodin). “Our study supports this general trend,” the authors wrote. “It is possible that a younger patient population may demonstrate less assertiveness in seeking opioid prescriptions or may have parental protective factors. Further, there may be age-related rehabilitation issues or other comorbidities that could affect opioid usage in an older patient population.”

In regard to the finding that higher BMI was associated with receiving one opioid prescription only in the late rehabilitation phase compared to a BMI of 20 kg/m2 to 25 kg/m2, they wrote, “Further research is warranted to clarify the role of BMI on postoperative opioid prescription use.”

Of the finding that motor vehicle accidents and other injury mechanisms were both associated with greater opioid prescription use compared to sports injuries, the authors wrote, “Nonsports-related ACL injuries may produce additional structural damage or higher-energy trauma and might result in different opioid prescription needs at varying phases of rehabilitation.”

“The opioid epidemic affects our society at large in one way or another, directly or indirectly,” Dr. Rao said. “The increasing rate of opioid misuse and abuse over the last 30 years is of significant public health concern, leading to the declaration of the ‘opioid epidemic’ as a public health emergency in the United States. Orthopaedic surgeons are uniquely positioned to help combat the opioid epidemic given their role in postoperative prescription management. Estimating a patient’s pain medication requirements is inexact [and] can lead to overprescription, which only continues to fuel the opioid epidemic. One study, by Hughes et al., found that more than half of all patients who misuse opioid prescription medications obtain them through diversion, often from friends and family who may have unused pills.”

Risk factors for opioid use after ACL surgery have not been well explored. “This was a key reason for taking on this study,” Dr. Rao said. “We had completed a previous study regarding opioid use after shoulder arthroplasty. That got me thinking about how this issue affects ACL patients, who tend to be younger, with more acute injuries and less degenerative pathology.”

Among the key findings, she said, was that chronic pulmonary disease and substance abuse were both associated with increased opioid prescription use throughout the entire postoperative year, whereas hypertension and dementia/psychosis were identified as risk factors during specific recovery periods. More than 95 percent of those with respiratory findings had “asthma” diagnoses. “Surgeons might do well to consider medical and/or pain management consultations, especially in patients with specific comorbidities,” Dr. Rao said.

A clinical takeaway of her study is that “orthopaedic surgeons should be aware of preoperative risk factors for greater and prolonged opioid usage after ACL reconstruction,” she said. “This will be vital to helping combat the opioid epidemic. This information can also be used in surgical decision-making, setting appropriate expectations with patients, and the need for medical and/or pain management consultations.”

“Also, developing institutional protocols for opioid prescription usage, including duration and pill count to be dispensed (including for various orthopaedic surgeries), will be important,” she said. “We have already started doing that at Kaiser Permanente.”

Finally, she said, “Disseminating the information from the study to medical colleagues is also important, as the bulk of opioid prescriptions may be written by nonorthopaedic providers.”