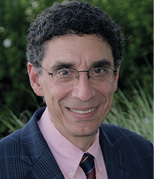 Editor’s note: This article concludes a two-part series on lateral violence in residency training. The first article appeared in the September issue of AAOS Now.

Dr. Reznik: Dr. Ramanathan, what is your experience within your residency training?

Dr. Samora, are there impediments to getting to the root of the problem when lateral violence occurs?

Dr. Samora: Speaking up is difficult. After undergoing major knee surgery and dealing with a complication, one resident noted, “I have had so many negative texts, phone messages, and emails that it literally took two years to sink in that it was bullying at the core. I was so mortified and felt like I had brought it on myself, and I was so ashamed to even tell anyone. The day I finally did something about it was when my mom saw the texts. I was so mortified and disappointed in myself for not having enough self-respect or confidence to have stopped it years before.”

Dr. Samora, are there helpful tips for residents in similar situations?

Dr. Samora: We should fight for zero-tolerance policies on bullying. Be intentionally kind and patient with new residents who are gaining experience. Equally, we need to be patient with older doctors who might get frustrated with technology and the rapid changes of health care. We should strive to be the mentors we wish we had when we were starting out. We all need to stop automatically blaming the victims who tell us they are being bullied.

Dr. Saluan, are there any issues you see in helping residents bring these problems forward in current training programs?

Dr. Saluan: Many surgical residents are worried to speak up because it could mean making matters worse for themselves in the form of retaliation. In most instances, the very occurrence of lateral violence is secondary to a preexisting negative work environment that allows such behavior to occur in a vicious cycle. Lateral violence requires three elements: a toxic work environment, lack of repercussions for perpetrators, and a dysfunctional mechanism for residents to seek help. As attending physicians, we must lead by example and exert our positive influence on training environments to make sure all three elements are addressed in order to successfully prevent lateral violence in our workplaces.

Dr. Reznik: I thank all of the participants for sharing their experience and guidance. Bullying now has national attention in schools, and lateral violence in the nursing profession is well known and widely written about. It is important to bring forward the issues of lateral violence in orthopaedic training. It can have long-term negative impacts on our best and brightest future fellows of AAOS. We on the clinical and full-time faculty of training programs need to keep communication channels open to those in training. We need to prevent such behavior and its untoward effects. It is our job to identify the problem when it occurs and help those in training to develop the self-respect needed to speak up. We need to stop those who take advantage of the longstanding old traditions of hierarchal training. The older, out-of-date training schemes could be better replaced with cooperative learning. 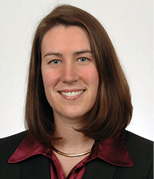 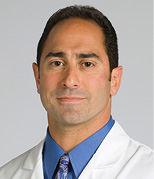 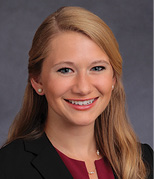 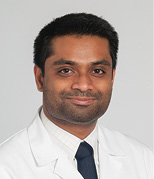 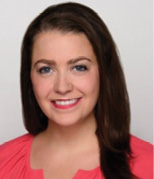 During the roundtable discussion, many members shared personal experiences or knew of residents who endured particularly difficult situations. Some of the stories were submitted anonymously. The stories published here were selected to represent particular problems that are representative of the bigger issue in training programs today.

On-call resident and the ED

“While covering the trauma service on nights, I had a hard time with one of the emergency department (ED) residents in the same year as me who constantly attacked me over my plans and assessments and even hung up on me a couple of times. One morning, she consulted for a native hip dislocation. As these are orthopaedic emergencies, I immediately called her and asked her to start mobilizing resources. She was frustrated because she had already excused the entire team from the patient and had to call everyone back (which was the appropriate course of action for the patient). When I arrived to the patient, the other resident began making comments about me (as if I couldn’t hear them) in front of the patient. She then started yelling at her own coresident, who was an intern on my service. I stood up for my intern. I never lost my cool. I took care of the patient. I slept on it before taking any action and decided to email the trauma team with my concerns, including details about each event (there were five to six similar instances). She was eventually talked to by her program director, and we haven’t had any issues since.”

“When I was a student, the orthopaedic residents used to stay ‘stuff runs downhill’ (but they used a different word than ‘stuff’). When my senior resident cut the cephalic vein during a deltopectoral approach, I knew I would spend the whole day being picked on by him.

“The concept that everyone treats those under or around them based on how someone above them treated them seems to be a pretty standard concept in a hierarchical system like medicine. Nursing has less of a hierarchy, so it seems more reasonable that they would lash out at each other instead of their subordinates. Our system is so rigid in its hierarchy that you can easily turn to someone under you and make an excuse to take it out on them instead, and they just have to take it because you’re part of a system they need to satisfy to move forward.”

Direct: Use verbal and/or nonverbal clues to let a person know that a behavior or comment is not acceptable—shake the head, say “that’s not cool,” ask clarifying questions, and amplify the target’s comment.

Distract: Change the topic, “spill a drink” (not literally), comment on the target’s accomplishments, and move to more task-focused discussion/actions.

Delegate: Tell someone with authority without Delay. Support the victim afterward, saying, “I am sorry that happened to you.”

Here are some tips to break the bullying cycle: