What the OPUS Reveals About Practice Settings and Productivity

Editor’s note: This article is the third of a four-part series that discusses results from the 2018 AAOS Census Survey and examines orthopaedic surgeon practice setting and productivity in the United States. The first two installments appeared in the August and September issues of AAOS Now. The final article will appear in the November issue and will assess financial data.

Since 1985, there have been 17 Orthopaedic Practice in the United States (OPUS) surveys. OPUS, also known as the AAOS Census Survey, gathers demographic and practice data of U.S.-based orthopaedic surgeons who are members of AAOS. In 2018, about one in four AAOS members (23.3 percent) responded to the survey, a lower response rate than in past years (Fig. 1).

The data are analyzed by the AAOS research, quality, and scientific affairs department, and the information helps ensure that AAOS members are accurately represented, that Academy programs and products evolve to reflect changes in membership, and that AAOS continues to address the professional needs and interests of its members. 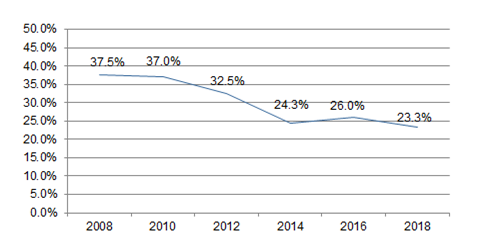 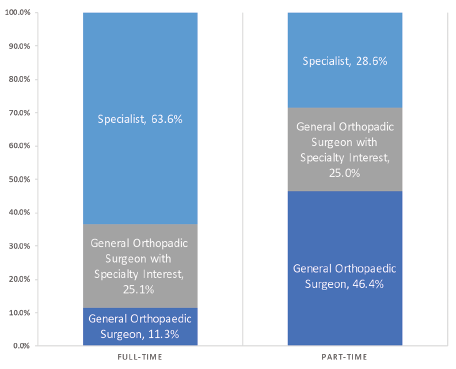 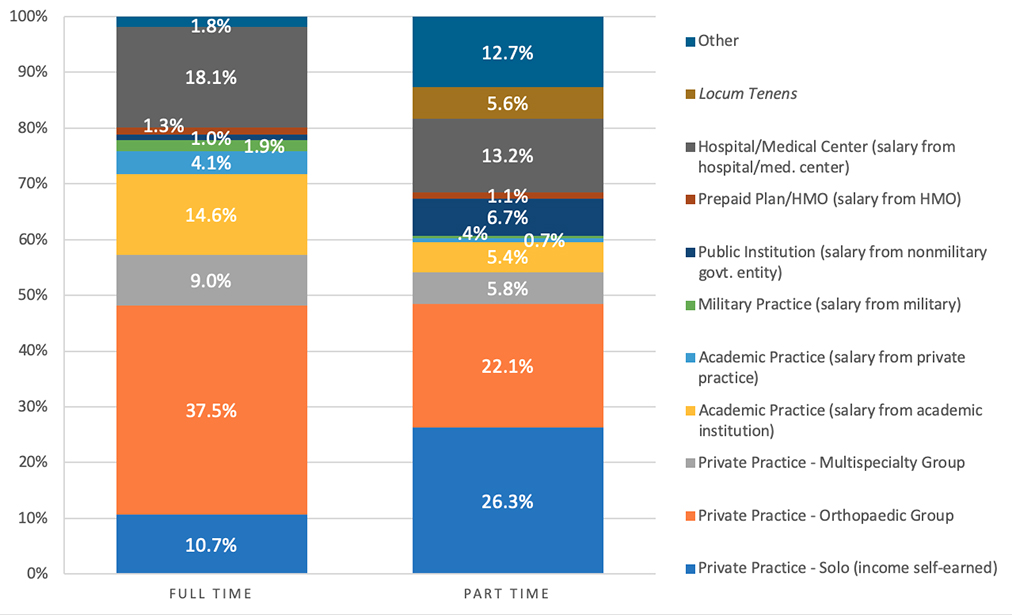 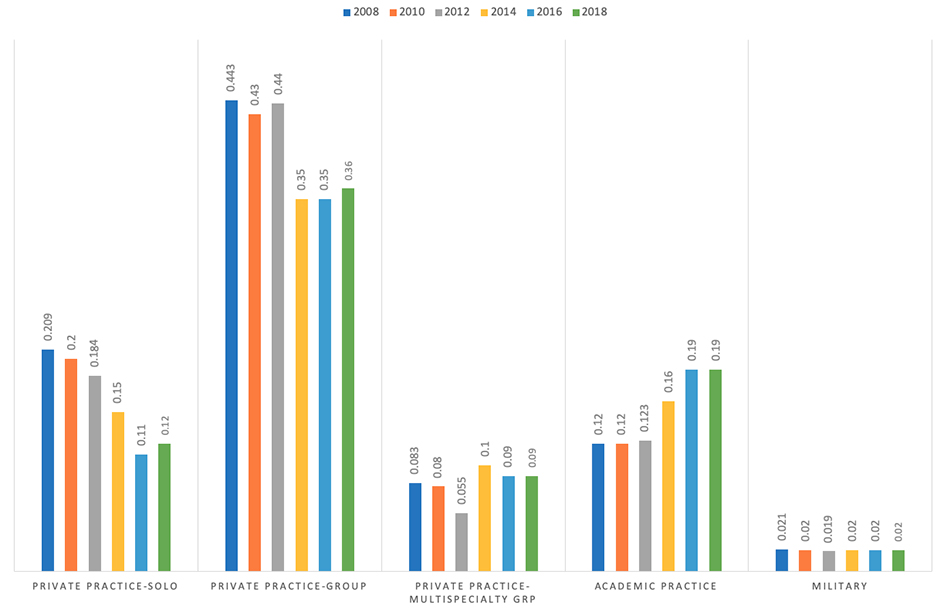 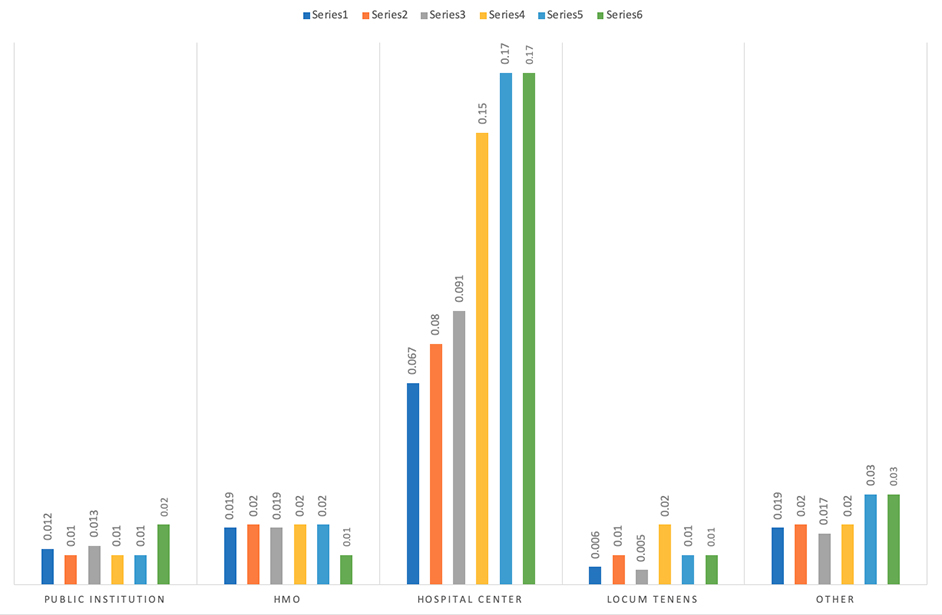 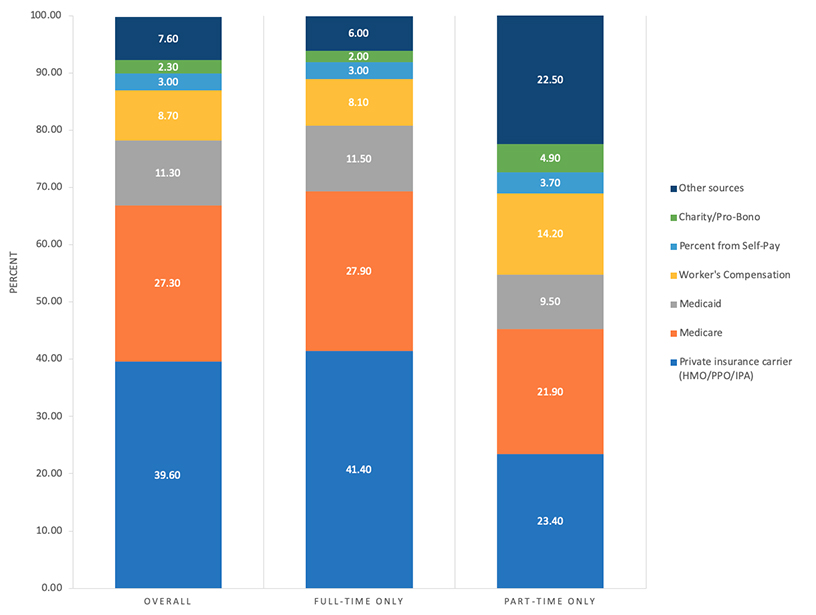 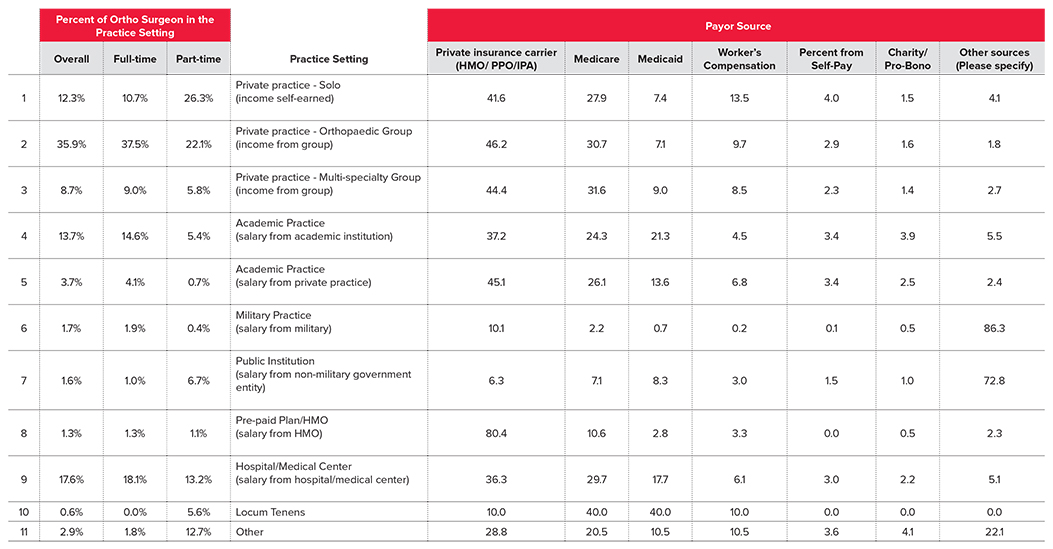 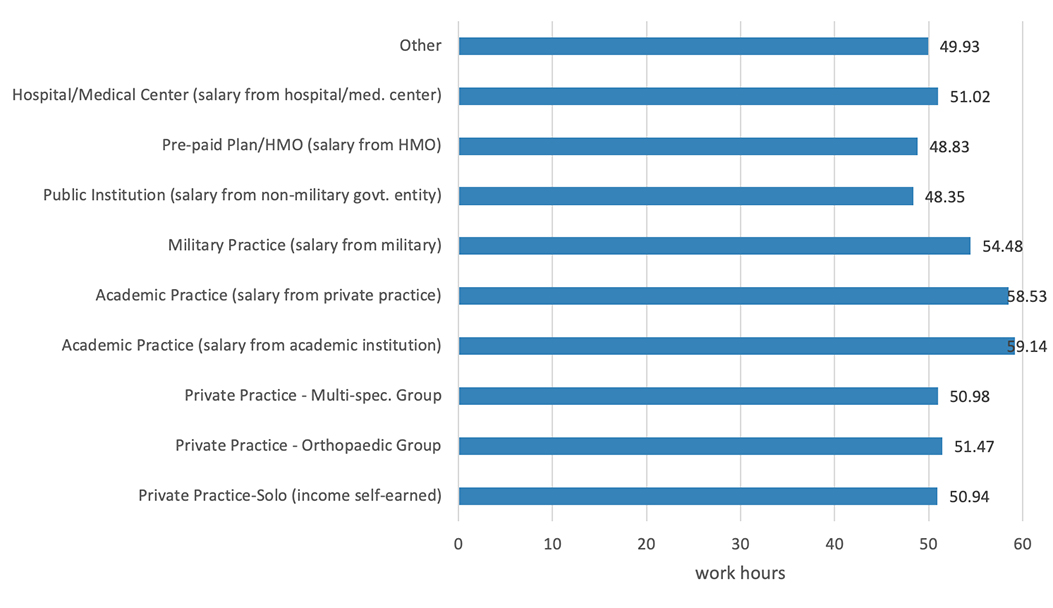 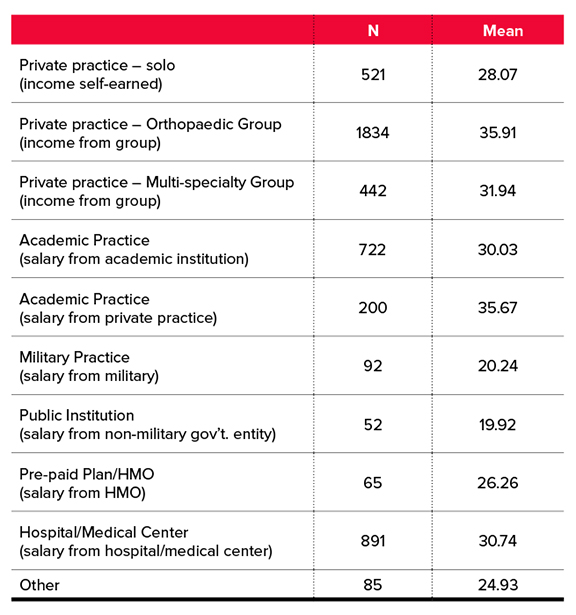 Orthopaedic surgeons were asked to approximate distribution of patients by payer source. Although private insurance carriers were the largest payer source (39.6 percent) in the 2018 census, they accounted for just slightly more than Centers for Medicare & Medicaid Services government programs combined (Medicare, 27.3 percent; Medicaid, 11.3 percent) as a source of patients.

The 2018 census marked the highest Medicare and Medicaid combined payer source percentage recorded. This change in payer mix may be secondary to the impact of the Affordable Care Act. Significant differences were found between full- and part-time orthopaedists in patient source distribution by private insurance, workers’ compensation, and charity/pro bono, with part-time providers having a greater percentage of patients from workers’ compensation and charity/pro bono care, whereas full-time orthopaedic surgeons saw more patients from private insurance sources (Fig. 10, available online).

According to the 2018 OPUS, orthopaedists in the seven largest practice setting sites listed private insurance and Medicare as their top payer sources. The smaller practice setting site exceptions were military practice, public institution, locum tenens, and “other.” Medicaid was the most common payer source for locum tenens and second highest source of patients for public institutions.

Academic practices (including both salary from an academic institution and private practice) and hospital/medical center employment also saw a disproportionate number of Medicaid patients. The highest workers’ compensation and self-pay payer sources were in private practice solo. Charity/pro bono care was highest for academic practice salary from an academic institution and other practice settings.

Surgeons in academic practice with salary from a private practice and private orthopaedic groups performed, on average, more than 35 procedures per month, which is higher than any other practice setting category. Private practice multispecialty group, hospital/medical center employment, and academic practice (salary from an academic institution) were the next most productive sites of care for surgical volume—performing, on average, more than 30 cases per month. Surgeons in both military practice and public institutions performed approximately 20 cases per month (Figs. 12 and 13, available online).