We will be performing site maintenance on AAOS.org on January 27th, 2022, from 9:00 PM – 10:00 PM CST which may cause sitewide downtime. We apologize for the inconvenience. 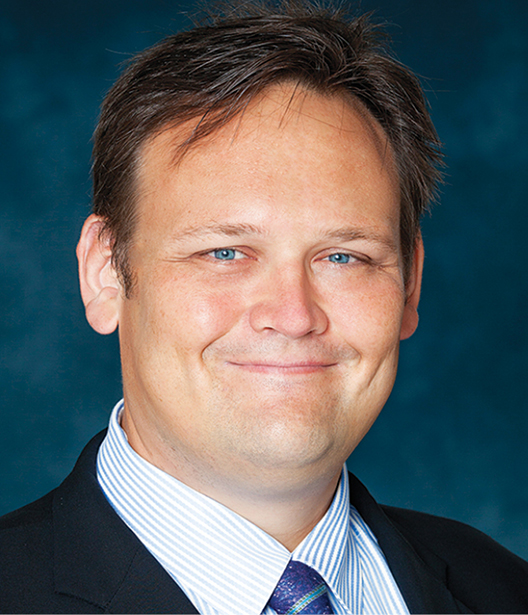 Are We Paid Too Much?

Editor’s note: This article is the first installment of a two-part series on orthopaedists’ pay. The next editorial is also available online and will be published in the November issue of AAOS Now.

Most of us regularly read articles or hear newscasts that boldly claim that physicians are overpaid. My interest in this Editor’s Message began with an NPR Planet Money piece that called medicine a “cartel.” The articles almost never mention the impact of education costs, debt service, and income on physician recruitment and retention (which will be the subject of part two of this editorial). Here, I’d like to touch on some of the negative attention regarding physician pay in the United States, especially compared to other professions and countries. Finally, I’d like to discuss how we are not the major cause of increased healthcare costs in the United States.

Why we are not overpaid

After CEOs, it seems doctors get the most negative attention about their pay. Very little scrutiny, on the other hand, is placed on professional athletes’ salaries. One could argue that there are more highly paid professional athletes than orthopaedic surgeons. But, one-in-a-million talents aside, can we really say that the skills, hours, and years devoted to training and the impact that training has on lifestyle are worse for athletes?

It does not help our cause that both medical and lay media often list orthopaedic surgeons as the “best paid.” Are we? In a June report, Zip Recruiter put us in that category by listing orthopaedic spine surgeons’ median salary at $238,576. The 25th and 75th percentile salaries were $100,000 and $400,000, respectively. These numbers seem suspicious to me. Given the lower end,
I would think residents were included. We know that small specialties like neurosurgery and cardiothoracic surgery are not typically included in such lists, although those surgeons likely earn more.

Beyond cost, medical training in the United States is typically longer for doctors and in post-graduate training than abroad. For example, in many countries, medical school is a six-year program beginning right after high school. Even after medical school, specialty training varies markedly across the world. In general, doctors-in-training earn proportionally more than U.S. residents and work shorter hours. Even the United States’ restricted 80-hour resident work weeks are burdensome compared to the weekly average of 37 hours worked by trainees in Denmark, Sweden, and Germany. In the United Kingdom, Norway, and other countries, work weeks are capped at 48 hours.

When presented with the increased medicolegal risk faced by U.S. physicians over their international colleagues, critics of physician pay often cite the relatively low percentage of income that goes to malpractice premiums (up to a median of $35,000 per year in New York but higher for surgical specialists). On its face, this is true, but the real costs of bearing this risk are reflected in defensive medicine, burnout, and other factors. In 2010, Forbes reported that the United States spends $55.6 billion per year on medical malpractice, or 2.4 percent of the total healthcare expenditure. Although not always true, in the United States, many jobs are paid less by the amount of work performed and more based on the personal responsibility or risk taken.

We are not the major cause of increasing healthcare costs

When written by nonphysicians, the essays demanding lower physician incomes typically implicate those incomes in America’s sky-high healthcare costs. They rarely fail to mention that the higher costs do not yield improved outcomes for our patients. Yet the articles never address the key structural issues affecting U.S. healthcare costs, including the investments required of physicians to offer services, whether initial education, continuing medical education, or addition of services to their practices.

Yet even those factors are minor drivers of U.S. healthcare costs. At 20 percent, physician pay is not an insubstantial piece of the healthcare spending pie. On the other hand, in terms of cost increases, a far greater portion can be ascribed to the rapid rise in healthcare administrators. In 2017, Becker’s Hospital Review reported that while the number of practicing physicians increased by 150 percent from 1975 to 2010, the number of administrators increased by 3,200 percent. This year, Modern Healthcare reported that compensation for CEOs of the 25 largest not-for-profit healthcare systems increased by a mean 33.2 percent in 2017 alone.

Generally speaking, increases in physician reimbursement have failed to keep up with inflation or overhead. However, Health Affairs reported that, from 2008 to 2016, the cost of oral prescription drugs rose by 9 percent annually, with injectable drugs increasing by 15 percent per year. Some articles implicate the American populace as the chief driver of higher costs, citing “poor dietary choices and poor fitness habits.”

Yes, American doctors are paid more (and sometimes far more) than doctors in most other countries. It is important to note that some surveys put us behind counties like Switzerland and Luxembourg.

Aside from those issues, noted healthcare economist Uwe Reinhardt wrote that U.S. physicians’ income should be compared to others in the “talent pool from which American physicians are recruited, a group that includes many who end up in the superbly well-remunerated financial markets, where they are well paid almost independently of their actual net contribution to society.” In countries with lower physician pay, the profession is far less attractive to the “best and brightest.” From a selfish point of view, who do you want operating on your hip?

It is also important to compare physician pay to that of other professions. For example, in many ways, engineering is like medicine. A demanding, math- and science-based discipline, it hosts a variety of subdisciplines with highly disparate income expectations. One website lists engineering specialties’ pay, with petroleum, chemical, and computer engineering leading the pack with midcareer U.S. salaries of $132,320, $154,830, and $103,720, respectively. On the other end of the spectrum are railyard engineers, who earn an average of $44,810. Internationally, engineer pay varies considerably, with the United States second only to Sweden at the top of the pay spectrum. Even other wealthy countries such as Switzerland and Denmark report much lower expected incomes of $79,243 and $61,235, respectively. Poorer nations offer far lower average salaries, such as Vietnam at $6,397 per year.

As with other careers requiring extended education, U.S. attorneys also earn far more than their counterparts in other wealthy nations. One site listed the average U.S. lawyer salary as $202,326, whereas attorneys in England earn an average $90,052. Here too, sites (and their sources) vary considerably in their estimates of entry-level, mid-career, and average attorney pay. Some of the differences are based on whether the research surveyed practicing attorneys or included judges or all individuals with professional degrees in the law.

As with medicine, pay varies considerably based on specialty within the law, employment status (law firm, solo versus employed), client type (corporate versus private), and geography. As one might imagine, income is most variable among personal injury attorneys—the only lawyers allowed to be paid on a contingency basis. Family lawyers (handling divorce, custody arrangements, etc.) have a median salary of $70,828, whereas patent attorneys average $129,500.

Pay and job prospects for U.S. attorneys have certainly waned, as too many lawyers have graduated from law school and companies are increasingly relying on less expensive legal services over traditional, high-priced law firms. The law school of recently disgraced Trump “fixer” Michael Cohen, the Thomas M. Cooley School in Michigan, apparently has a 25.9 percent employment rate one year after graduation.

It might be useful to add that, in the United States, nurses are also paid far better than in other, similarly wealthy nations. According to a 2018 article, American nurses made a mean salary of $74,160 compared to $49,894 in the United Kingdom and $55,349 in Canada.

All of us bring varying economic needs, levels of altruism versus self-interest, and expectations to our careers in orthopaedic surgery. Although the rate of increasing healthcare costs has slowed, the costs are a major threat to access to care for our patients.

Physician pay is not a major driver of the difference in healthcare costs between the United States and other wealthy nations, but surgeons have to be especially cognizant of the potential for patient resentment of their income. As New York Magazine put it in a 2000 article, patients resent “the idea that a heart surgeon is making $500,000 off of sick people. Whereas nobody questions what Michael Eisner of Disney made when he exercised $72 million in options a couple of years ago.” With this in mind, it remains critical that we continue to study and report on the value our care offers to our patients individually and to society at large.