We will be performing site maintenance on AAOS.org on June 24th, 2021 from 8:00 – 9:00 PM CST which may cause sitewide downtime. We apologize for the inconvenience. 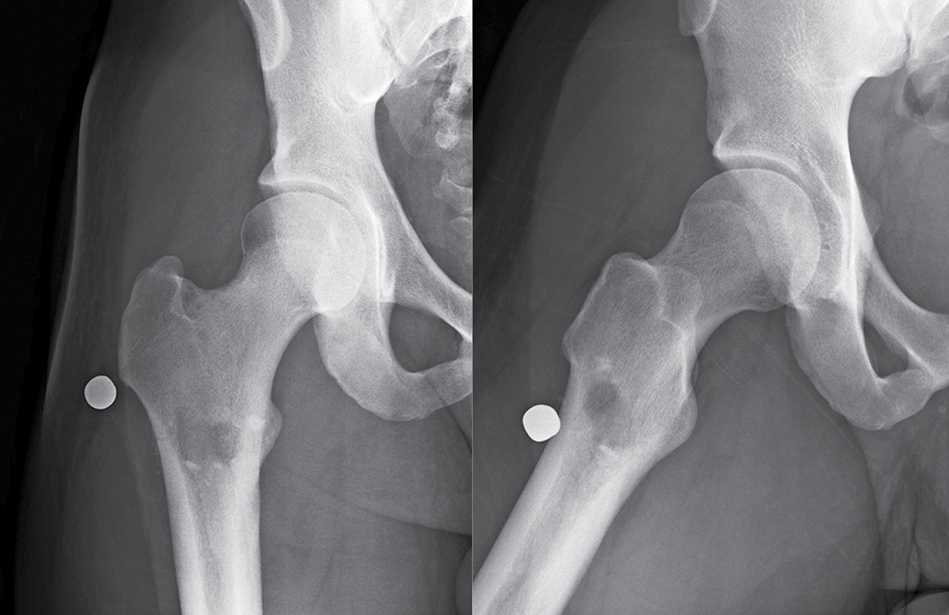 Fig. 1 Anteroposterior (A) and lateral (B) radiographs of a patient with distal femoral shaft fracture without complete cortical disruption.
REPRODUCED FROM NGUYEN MP, PRAYSON N, VALLIER HA: LOW-VELOCITY GUNSHOT INJURIES TO THE FEMUR: WHAT IS THE UTILITY OF STABILIZING INCOMPLETE FRACTURES? J AM ACAD ORTHOP SURG 2019;27:685-9.

A study on management of incomplete fractures of the femur caused by low-velocity gunshot wounds (GSWs) concluded that, for most patients, nonsurgical management is the appropriate course of treatment.

The study, appearing in the Sept. 15 issue of the Journal of the AAOS, reviewed clinical and radiographic data for 46 consecutive patients with such injuries. Patients were included if they had low-velocity GSWs, cortical defects with incomplete fractures based on plain radiographs, and CT scans when available. Exclusion criteria were follow-up less than two months; complete fractures with any loss of length, angulation, or rotation; and age < 18 years. No patients were excluded due to lack of follow-up. Of 227 patients originally identified with GSWs, 177 were excluded because of fracture displacement or complete fractures, and four were excluded because of age.

Local wound care and antibiotic prophylaxis (cefazolin 2 g or clindamycin 900 mg for penicillin allergy on presentation) were performed per institutional protocol for all GSWs. All patients were followed until they demonstrated union clinically with weight-bearing independently and/or radiographic evidence of callus formation bridging three cortices.

Final analysis included 46 patients with incomplete, nondisplaced femur fractures (Fig. 1) and an average follow-up of 36 months (range, 2–126 months). No differences in treatment were noted based on age, body mass index, fracture pattern, presence of other fractures, or injury to other body systems between the nonsurgically and surgically managed groups.

Two of the 32 patients (6.2 percent) who were treated nonsurgically for femoral shaft fractures fell subacutely after their original injuries and displaced their fractures. Both underwent reduction and fixation. The authors calculated that 16 patients would require prophylactic fixation to prevent one nonsurgical treatment failure. All other fractures maintained alignment until union. No infections or nonunions were seen. Among patients who underwent prophylactic fixation, two underwent removal of prominent implants after union.

The study’s lead investigator, Mai P. Nguyen, MD, formerly an orthopaedic trauma specialist in El Paso, Texas, and her previous coworkers from MetroHealth Hospital in Cleveland, Ohio, Nicholas Prayson, BA, and Heather A. Vallier, MD, undertook the study in response to numerous cases involving patients who had suffered low-energy GSW injuries from civilian handguns. “We were getting calls from emergency room physicians, wound care therapists, and physical therapists regarding care instructions for these patients,” said Dr. Nguyen. “I noticed variations in treatment depending on the providers. I did a literature search, and it turned out there was no evidence-based protocol for the appropriate antibiotic regimen or whether or not to perform surgical débridement and fixation for certain injuries. Since MetroHealth is a big referral center and receives many patients with GSWs, we decided to review our patients and look at our outcomes to determine the optimal treatment course.”

The article’s authors noted that civilian low-velocity GSWs are becoming more common and are associated with substantial morbidity, mortality, and socioeconomic consequences. Extremity involvement is common among nonfatal gunshot injuries, with fractures occurring in 57 percent of patients. Some patients present with cortical penetration of a bullet without a complete fracture and therefore maintain alignment of the bone. Treatment recommendations are variable, with some authors advocating for limited weight-bearing to promote healing while mitigating the risk of fracture displacement but others doing prophylactic stabilization to protect against fracture displacement. The authors hypothesized “that nonsurgical treatment without prophylactic fixation is [as] safe and effective as definitive treatment in most patients.”

Dr. Nguyen commented, “It was reassuring to find that many patients could avoid unnecessary surgeries.” She also noted that patients frequently ask about removal of bullet fragments “after seeing this done in movies and television,” but that in patients in the clinical population, bullet removal was not common.

The authors also addressed the cost advantages of nonsurgical treatment of GSWs: “In addition to exposing patients to unnecessary risks of anesthesia and surgery, surgical intervention is costly,” they wrote. At MetroHealth, the hospital and professional charges for stabilization of femoral shaft fracture in 2016 were $37,850 and $11,012, respectively. “Thus, the cost of care was nearly $50,000 more expensive for each patient who underwent prophylactic fixation, excluding additional costs incurred from secondary surgical procedures.”

Describing the limitations of the investigation, Dr. Nguyen said, “This was a retrospective study; thus, we were not able to randomize patients to treatment. Our minimum follow-up was at two months. We were not able to quantify the cortical defect size in each case. CT imagining would be helpful in this regard. Our cohort was only 46 patients.”

In terms of future research, Dr. Nguyen said she anticipates “multicenter studies to obtain better data on a larger number of patients.” She said that as GSW injuries in general are becoming more common, “there is still so much about treatment we do not know. Our group has looked at femur fractures, tibial fractures, intra-articular injuries, and simple wounds, but there is still a lot more work to be done regarding treatment recommendations for other musculoskeletal injuries.”

She said the clinical takeaway of the study is that patients with incomplete femur fractures from low-velocity GSWs can avoid surgical intervention and advance to “weight-bearing as tolerated” at six weeks post-injury. The authors also have published other studies regarding antibiotic recommendations, patient outcomes, and medical costs associated with GSW injuries.