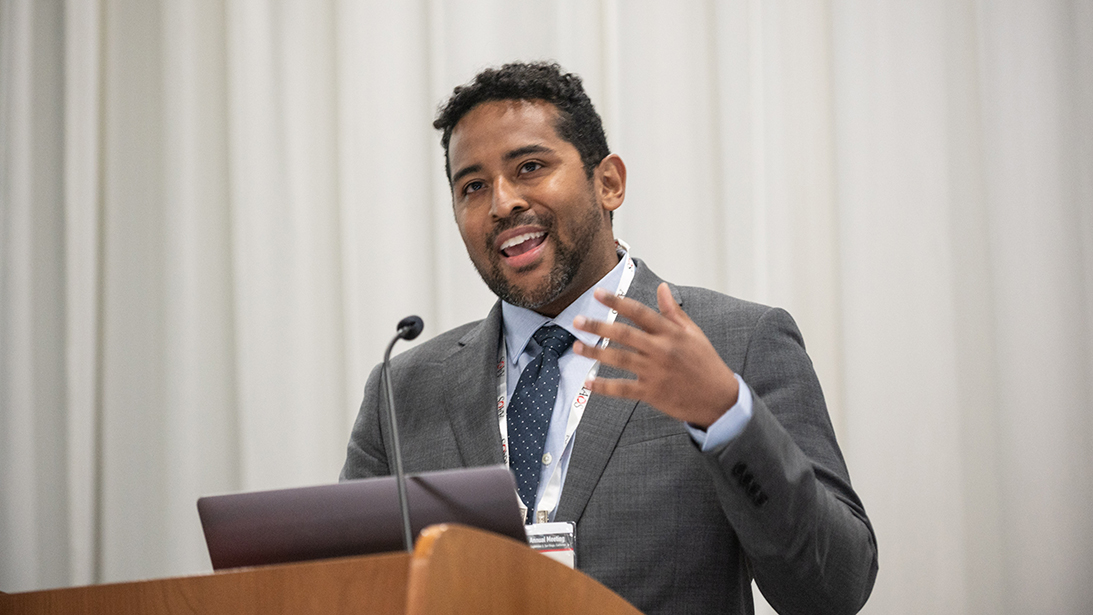 Many Strides Yet to Go: The Imperative to Increase Diversity in Orthopaedics and Serve the Entire Patient Population

In yesterday’s symposium “Racial Disparities in Orthopaedic Surgery: Patients, Residents, and Faculty,” a panel of orthopaedic surgeons comprising mostly underrepresented minorities (URMs) at various stages of their careers discussed the many factors and issues related to racial disparities in healthcare.

While addressing the ways in which ingrained attitudes within society at large, and the healthcare system specifically, lead to inequities in the quality of care and limited access to medical services for persons of color, the panelists also related their personal experiences and perspectives on the challenges of improving on the glaringly low representation of URMs in orthopaedic surgery.

Moderator Toni M. McLaurin, MD, FAAOS, chief of orthopaedic service at Bellevue Hospital and director of diversity, equity, and inclusion at New York University (NYU) Langone Orthopedics in New York City, set the tone for the session by stating, “The history of medicine in America is the history of racial disparities in American medicine.” 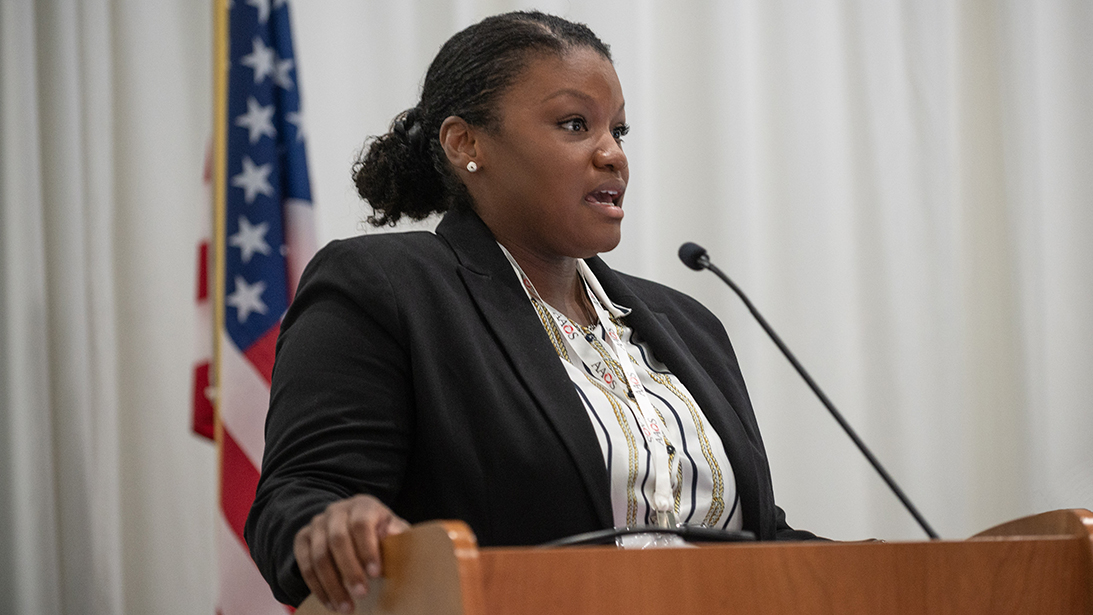 Alysia Kemp, MD, stressed the importance of establishing high-quality hospitals and other medical facilities in locations that are accessible to underserved populations.

Dr. McLaurin noted that African Americans, Latinx, and Native Americans today have 50 to 100 percent higher rates of illness and mortality from chronic illness than their white counterparts. African Americans on the whole wait longer for diagnoses, receive less aggressive treatment, and are historically undertreated for pain.

In orthopaedic surgery specifically, disparities in care often manifest as lower utilization and access among minority patients, but Dr. McLaurin explained that disparities also persist in outcomes, complications, readmissions, and, in the context of the COVID-19 era, telemedicine use. Essentially, she said, race “is an independent factor for disparate care.”

Christian Pean, MD, MS, currently completing a trauma fellowship at Harvard University, addressed how the recent emphasis on “value-based care” has led to new implications of health inequity. “As incentives become tied to outcomes, unexpected consequences can occur for vulnerable patients,” he said. “Orthopaedic surgery is subject to the racial disparities in care seen in other fields, and there are not adequate protections in current value-based health policy to account for these differences.” He noted that data indicate that “Blacks and browns had lower rates of total knee arthroplasty utilization, but higher rates of adverse health outcomes associated with the procedure, even after adjusting for patient-related and healthcare system–related characteristics.”

Dr. Pean noted that federal policies indirectly penalize hospitals and physicians who care for minority patients, citing the association of clinicians’ caseload of minority patients with performance in the 2019 Medicare Merit-based Incentive Payment System (MIPS). Clinicians caring for more people of color have scores 4.2 points lower and were 44 percent more likely be penalized compared to clinicians caring for mostly white patients. Among other measures, he advocated for a move toward “systemness” for value- based care in orthopaedic surgery, with an emphasis on prevention targeting the at-risk community as a means of cost containment.

Alysia Kemp, MD, of Wayne State University and Michigan State University, proposed several ways the profession can address the racial and ethnic disparities in orthopaedic care, including critically evaluating the current landscape by exposing institutional policies that facilitate racism and increasing the diversity of hospital leadership. “Know your numbers!” she implored. “Form oversight committees to ensure accountability and pay attention to who is hired and who is hiring. She called on institutions to critically assess interventions and perform “360-degree community evaluations [to] understanding the institution’s wake.” Attention to patient access to hospitals and medical care is critical, she said. A sparkling new hospital may offer the finest in medical staff and technology, but it is of limited benefit to underserved populations if they cannot access it.

Jaysson T. Brooks, MD, of Scottish Rite for Children and UT Southwestern Medical Center, noted that the “The Problem” of racial inequity is rooted in the self-deceptive, dismissive attitudes of those who profess to “not see color.” He then painted the woeful numerical picture of representation by URMs in orthopaedics: In 2018, just 1.9 percent of orthopaedic surgeons were Black—a small increase from 2008 but still slender, with virtually no improvements in the numbers for other racial and ethnic categories. Among all surgical specialties, orthopaedics has the lowest number of minority participants. Dr. Brooks also addressed the issue of “microaggressions”—microassaults, environmental microaggressions, and microinsults, encountered by Black and other URM orthopaedic surgeons, with female surgeons reporting the problem as particularly acute.

Addressing the issue of unconscious bias in healthcare was Rivka Ihejirika- Lomedico, MD, of NYU Langone Health. Also known as implicit bias, unconscious bias is “the quick, automatic, and usually inaccurate judgments that we make that give some people unearned advantages and others disadvantages,” she explained. These biases persist thanks to contentions that they are invented to create victims or are “something we can’t solve because they are unconscious,” she added. Their existence may be denied by individuals who believe they treat everyone fairly.

Because the issue of attracting greater numbers of URMs into the profession is so entwined with recruiting minority medical students of color into orthopaedic residency programs, two experienced residency directors, Kenneth A. Egol, MD, FAAOS, who was the program director at NYU from 2006 to 2020, and A. Rashard Dacus, MD, FAAOS, who had the same position at the University of Virginia from 2011 to 2019, also offered their perspectives.

Dr. Egol noted that NYU represents the oldest orthopaedic training program in the United States. Because it began in 1905 as the Jewish Hospital for Deformities and Joint Diseases, serving a population that faced great prejudice, NYU Langone can be described as an institution “founded out of discrimination,” he said. His prescription for recruiting and retaining residents who reflect the full population, including URMs in underserved communities, is a resident selection committee that is diverse in its own makeup, even if it does not precisely align with the representation of the orthopaedics department. The committee should employ its own URM residents in the recruiting process. His philosophy: “If you give bright, hardworking, dedicated people the opportunities and the mentorship, anything can be achieved.”

Finally, Joseph D. Zuckerman, MD, FAAOS, chair of the NYU Langone orthopaedics program (and AAOS president 2009–2010), shared his perspective as a champion of diversity in orthopaedics training. Creating a culture of diversity, equity, and inclusion, he said, requires “committing resources to support the effort, recognizing that leaders need to learn from those who know best or better, and recognizing that your experience is just that—your experience.”

Terry Stanton is the senior medical writer at AAOS Now. He can be reached at tstanton@aaos.org.