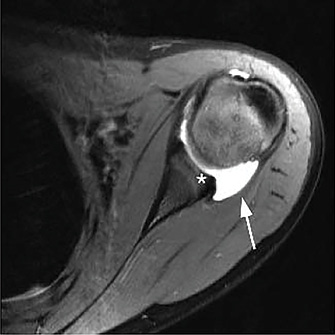 Before addressing sex-related factors in shoulder instability, Dr. Hannafin, of Hospital for Special Surgery in New York, N.Y., provided some general observations and information on sex-related differences in athletes. Sex, she noted, refers to genetic and biologic properties, including XX versus XY chromosomes and also XXY and its variants. “As we all know from some high-profile international athletes, there are differences,” she said. “There is the XX male and XY female, but there are also XXYs who are women, persons who are raised as women but genetically have a male component. It is a very complex area with both biologic and social impact that is being addressed by the International Olympic Committee and the Court of Arbitration for Sports.”

Gender, she noted, “refers to what happens in society, the behaviors and attributes that are influenced by our families and societal perception of what is appropriate for men and women. We think of masculine and feminine as gender categories.”

Dr. Hannafin also addressed sex-related differences and factors in pediatric sports injuries. In one comparison among a large number of patients at Boston Children’s Hospital, young female athletes had a higher rate of overuse injury (62.5 percent) than traumatic injury (37.5 percent). For males, the rates were 58.2 percent and 41.8 percent, respectively. Females had more lower-extremity and spine injuries, whereas males had higher rates of traumatic and upper-extremity injuries, particularly to the shoulder, acromioclavicular joint, and clavicle.

Focusing on shoulder injuries, Dr.Hannafin referred to a seven-year study involving nine sports and 100 high schools. “The rates of injury demonstrated a clear difference in sex; they were much higher in boys during competition,” she said. Boys football was the riskiest sport, with 16.4 injuries for 10,000 athlete exposures. After football, boys wrestling was associated with the second highest injury rate, at 4.1 per 10,0000, compared to girls basketball, which has a high risk of ACL injury.

Regarding shoulder instability (Fig. 1), Dr. Hannafin referred to a British study that evaluated almost 17,000 patients with shoulder dislocations and a large age range (16–70 years). Of those, 76 percent of primary dislocations and 72 percent of all dislocations occurred in males, with nearly a threefold greater incidence of male injury compared to female injury. The highest incidence in males was from age 16 to 20 years, “which you might predict, thinking about the sports that boys play,” she said. “What was interesting was the highest incidence in females increased with age, and it peaked between the ages of 61 and 70 [years], which I would not have anticipated.”

Dr. Hannafin related results from the Multicenter Orthopaedic Outcomes Network (MOON) shoulder instability cohort, which involved 26 surgeons and almost 900 patients (709 male), with a mean age of 24 years. The primary direction of instability was anterior and was not sex dependent; 74 percent of the men and 73 percent of the women had anterior instability. Most injuries were traumatic, with football predominant in males and basketball in females. Anterior labral tears and Hill-Sachs lesions were common in both groups.

Dr. Hannafin noted that among patients undergoing surgery for shoulder instability, male sex is a risk factor for primary dislocation, with males constituting 81 percent of the MOON cohort who had surgery. Males had higher rates of initial instability and traumatic instability before index surgery. They also had a much higher rate of labral pathology and bone loss and subsequently had a higher rate of Latarjet procedures.

Females constituted about 19 percent of that cohort, and they had a much higher rate of capsular laxity requiring soft-tissue procedures; there was no difference between male and female patients in the number of preoperative dislocations.

“There’s maybe a bit more ability to modulate in the younger female athlete, depending on the sport,” Dr. Hannafin said. “What was interesting was when they came to surgery, there was no difference in the number of preoperative dislocations between the male and female patients, but the males had much more pathology as a result of repetitive dislocation than the female patients, were likely more loose-jointed with ligamentous laxity, and came in and out a little bit more easily without as much trauma to the joint.”

“If you’re thinking about a high school male athlete, the tendency [may be] to get them through a season, but you know that their risk is extraordinarily high that they’re going to dislocate a second time,” Dr. Hannafin said. “We have data now that show that their cartilage, labral injuries, and bone loss increase with repetitive dislocations.”

Dr. Hannafin also discussed factors involved in rotator cuff injuries; however, she noted, “When you get to rotator cuff, unfortunately, there’s not a lot of information specific to patient sex. Even though we worry about poor bone quality in the older female patients, pullout of anchors, and failure of soft tissue, there’s not a lot in the literature that talks about sex specifically as a risk factor.”

She related the results of the United Kingdom Rotator Cuff trial, which involved almost 500 patients with atraumatic rotator cuff tears. The overall healing rate was 56 percent at 12 months. Age was an independent factor that negatively influenced healing. Dr. Hannafin said that the investigators controlled for sex, but even though they made sure there were similar numbers of men and women in the trials, they did not isolate men and women as an independent variable. The healing rate decreased with increasing tear size; the massive tears had a full healing rate of about 30 percent compared to 66 percent for small tears.

Another study examined outcomes of arthroscopic repair in patients 70 years or older versus younger than 70 years. Healing and retear rates did not vary greatly between groups, and preoperative tear size was the most important variable in predicting retear. That study also did not isolate and compare outcomes by sex.

Finally, Dr. Hannafin reported data regarding sex-related rotator cuff repair and infection. A study comparing open and mini-open rotator cuff repair with arthroscopic cuff repair found that patients who had an open or mini-open procedure had an eightfold increased risk of infection compared to those who underwent arthroscopic repair. Male patients had a significantly increased risk of acute infection (odds ratio, 9.5); 92 percent of infected patients were male versus 58 percent of controls.

“In talking to our infectious disease staff, they agree that male patients have a much higher risk of infection, which is thought to be due to colonization of the hair follicles with Propionibacterium acnes, as this is the most common bacteria seen in shoulder cases,” Dr. Hannafin said, adding that in her practice location, “A lot of men shave the hair off their chest and their back,” along with taking supplemental testosterone, and this practice may elevate infection rates.