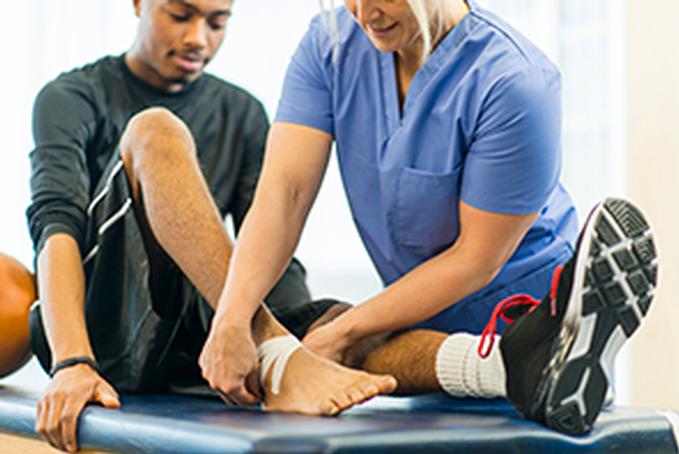 Washington, DC—The American Association of Orthopaedic Surgeons (AAOS) today celebrated the Senate passage of the Sports Medicine Licensure Clarity Act as part of the FAA Reauthorization Act of 2018 (H.R.302). The legislation, which AAOS has advocated for since 2015, provides legal protection for traveling team physicians and safeguards injured athletes’ timely access to health care professionals who best know their medical history. The bill now heads to the president’s desk to be signed into law.

“For too long, team physicians have had to choose between treating patients at great professional risk or handing over care,” said AAOS President David A. Halsey, MD. “The licensure clarity act now ensures their protection, and we thank Congress for supporting this critical legislation. Its passage represents years of hard work trying to get it across the finish line and it is a significant win—not only for practicing sports medicine professionals, but also for the large percentage of orthopaedists involved in the treatment and care of sports-related injuries.”

AAOS advocacy efforts began in 2015 when, in consultation with sports medicine groups like the American Orthopaedic Society for Sports Medicine (AOSSM), we called on Congress to address this all too common scenario. In an op-ed for The Hill’s Congress Blog, we described the proposed legislation as a “common sense solution,” noting that it did not bypass state licensing rules and regulations or allow a medical professional to practice on the general population. The legislation simply clarifies that health care services provided in a secondary state will be covered by the professional’s medical liability insurance and deemed to have been provided in the professional’s primary state of licensure.

“Our patients deserve the same high-quality care we can provide at home as they do when traveling across state lines,” said AAOS Council on Advocacy Chair Wilford K. Gibson, MD. “This was a long-fought effort, but well worth it. Passage of the bill means we can continue providing care to hundreds of thousands of athletes, now in a seamless, effective way.”