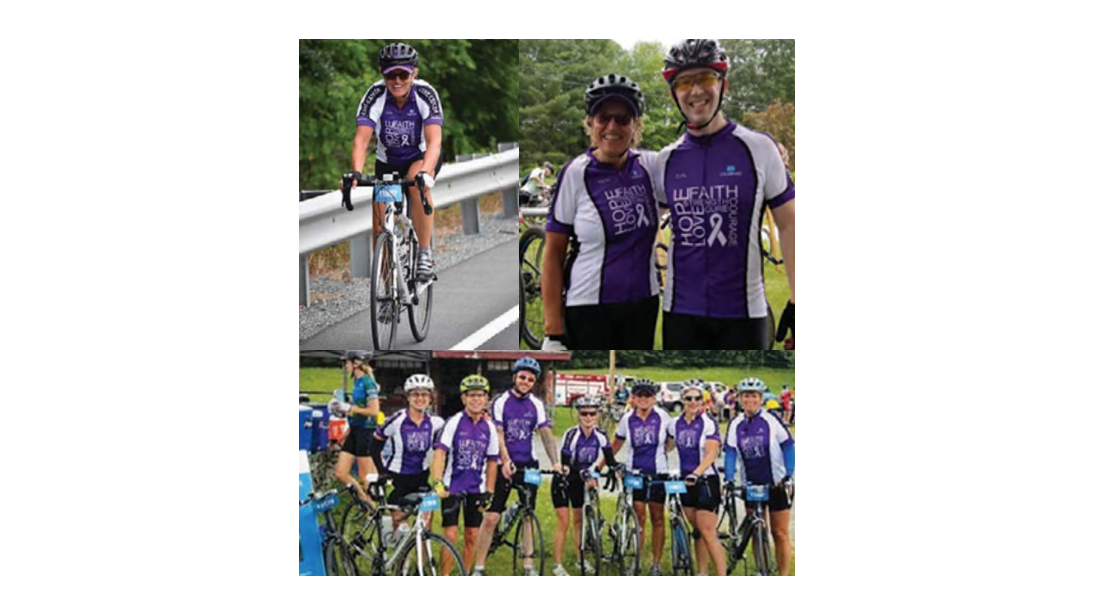 Vicki faced a life-changing moment several years ago when she was diagnosed with a rare sarcoma cancer. Shortly after the diagnosis, Vicki began working with a medical team from Dartmouth- Hitchcock, including Dr. Eric Henderson to battle the cancer that started in her thigh. She underwent 25 treatments of radiation prior to her surgery that removed the cancer from her body. Her orthopaedic surgeon, Dr. Henderson, shares that Vicki did great with treatment and has become a great advocate for sarcoma causes.

For the last few years, Vicki has ridden in a charity bicycle race, riding the 100 miles with the goal to raise money and prove that she’s stronger than the disease. Dr. Henderson was part of the team. As a 5-year survivor of the disease, Vicki understands the importance that research makes for other sarcoma patients. She continues to ask leading experts in the field to speak at lectures and events to help create more awareness and bring more funding to the cause. Vicki’s efforts were so appreciated that they honored her with naming of the annual event, which is now called the Cutone Lectureship.

As an inspiration and advocate for sarcoma – Vicki chose to turn this cancer diagnosis and resulting treatment into a way to help others. In fact, Vicki’s motivation saying is, “They saved my live; if I could save another I will, even if only one person.”

For more information about this Registry, visit www.aaos.org/registries/MsTR

To make a donation, visit here.